‘Unbreakable’ stands the test of time 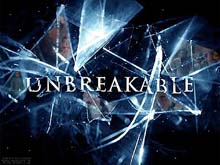 It’s hard to believe M. Night Shyamalan was once considered one of the best filmmakers around.

His style of suspense convinced many that he could be the next Steven Spielberg or Alfred Hitchcock.

Unfortunately, as the quality of Shyamalan’s films began to decrease, so did his reputation.

Today if you decide to watch a new Shyamalan film it will more than likely not be entertaining.

While his films have taken a turn for the worse, there once was a time when Shyamalan was generating well-made movies one after another.

And one of his best films is the 2000 superhero drama “Unbreakable.”

The film is about average everyday man David Dunn (Bruce Willis), who discovers he may or may not have superhero powers.

When he becomes the sole survivor of an enormous train accident which also left him unharmed, David and his family begin to wonder why David survived.

Soon after the train accident David is approached by Elijah Price (Samuel L. Jackson), who believes David is a superhero.

“Unbreakable” is basically David’s origin story of becoming a superhero.

And as far as I’m concerned it’s one of the few superhero movies worth watching.

Don’t get me wrong, I enjoy superhero action movies like everyone else but “Unbreakable” is different from those films.

Heck, catch me on the right day and I’ll tell you it’s the best superhero film ever made.

Every performance in this film felt real and every character felt honest.

David trying his best to take care of his son and rekindle the relationship with his wife Audrey (Robin Wright) are strong situations with a lot of authenticity.

Another thing I enjoy about this movie is the way it was shot.

Basically, Shyamalan would subtly incorporate window frames or doorways to make the image appear like a page from a comic book.

The way he communicated ideas through images wasn’t out of the ordinary but definitely cool to watch.

I really hope this phase Shyamalan is going through isn’t permanent because as hard as it is to imagine, I’d love to see him create something just as good or better than his masterpiece “Unbreakable.”