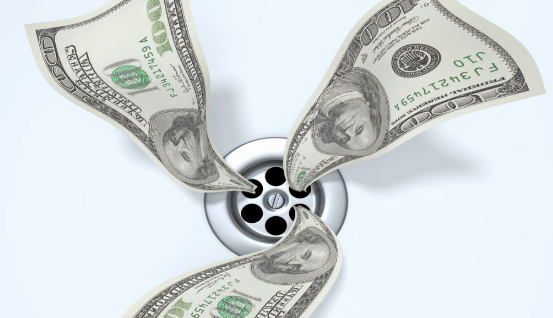 A few years ago the OCCC Board of Regents discussed with the college President Jerry Steward, the idea of making his office more secure (or so he says).

Steward spent almost one-million dollars to wall himself off from the rest of the college community in an area many faculty call “The Bunker”. He spent at least $800,000 to do it, according to an open records request.

Why did he spend almost $1 million on upgrades to the president’s office and the board room at a time when all other areas on campus were told they had to save every penny possible, when faculty hadn’t had raises for nearly 10 years, when the bathrooms that all on campus used had toilet seats falling off, and when the nursing department was begging for more classroom space?

In a meeting last year, that is recorded, the president told faculty and staff it was because of security risks.

“The [OCCC] Board of Regents started talking with me about increased security in my office. Essentially the office was completely open and it posed some security risks that we hadn’t had in the past,” he said.

Surprisingly, the president never said what security risks he was facing and why if he was so threatened, he didn’t have 24- hour police protection wherever he went.

Instead he talked about other presidents who had sat in the same office for at least 15 years and never had to build a bunker to hide in away from faculty, staff and students.

Also, he spoke about a how the former presidents sat in the same office with the door open and the blinds open.

The former presidents kept the door and blinds open so the college community would understand OCCC leadership wanted to see and visit with faculty. That they appreciated when faculty waved as they passed by and welcomed people to stop by for a discussion or just to say hi.

Instead, “When I became president I started locking the door and closing the blinds,” Steward said.

But, for some reason, the blinds being closed so no one could tell if he was in his office and the door being locked while he was inside was not enough to make him feel safe.

Steward was too afraid and needed a bunker – one that he’s not worked in since the spring semester. And he needed a lot of money to build it.

So what was bought for the nearly $1 million price tag?

This clearly was a security issue for the outgoing president.

One could feel very insecure if they sat on chairs that are 5, 10, 15 years old like the students and faculty do.

One would definitely not feel like they are in their “safe space” if they had to sit at a 15-year-old wobbly and rusty desk that’s been traded around the college and picked from a dingy place called Surplus as faculty do.

But if one thinks about it, couldn’t he have felt safe if he bought a Catanzaro Mahogany two-seat power recliner sofa from Ashley Furniture for $1,195, a two-piece traditional 65-inch desk for $1,073 from Mathis Brothers, and a casual leather executive chair from Haven for $304.95, and still have tens of thousands of dollars left over?

In fact, if safety was the cause of the purchases, he could have bought four sets of the furniture and hid underneath—sort of like a bedroom fort—and saved over $40,000 from the furniture funds.

Also because he said he acted upon the OCCC Regents call for him to be safer, he purchased a heating and air unit for $308,626.

For that much money, the college might have been able to purchase a replacement chiller for the one that went out in 2019— the same one that conked out and left students and staff sweating profusely on the hottest day of the year that year.

Or, he could have purchased over 300 Honeywell portable air conditioners at $550 apiece and 200 King electric heaters for $1009.99 and still saved over, wait for it: One Hundred And Ffity Thousand Dollars.

But he needed to go bigger with the credit card and install special duct work as part of the safety purchase.

The largest bill came in the form of what the college actually labels as security upgrades—a whopping $436,929.

How many pit bulls, cannons, alligator-filled moats, and security guards making $20 an hour could be had for that?

In fact, if Steward was so fearful, he could have hired his own $15 per-hour armed security guard to just sit in his office all day Monday through Friday for 12 years.

Of course having all of this furniture, heaters, alligators and a fanning/hugging guard would seem to some people to be excessive.

But to many faculty, staff and students, spending almost $1 million on an office to feel safe, while so many across campus were suffering, might seem excessive too.