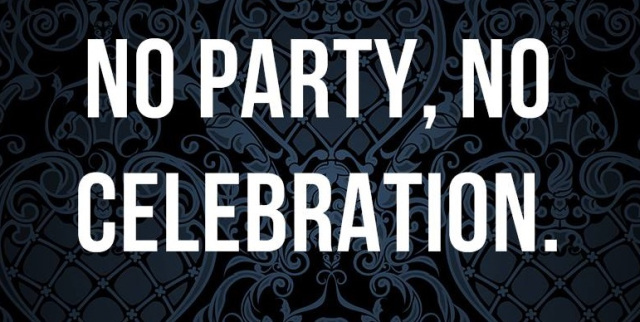 OCCC employees are still waiting for the college to make good on it’s promise from administration last fall to publicly celebrate employees of the year and other award winning staff and faculty.

Every year for at least two decades, college employees have nominated their colleagues for above-board service,

The honors are usually bestowed on OCCC noteworthy employees at a public celebration at the start of each academic year, one week before classes start.

In an email to all employees April 1, 2020, Vice President for Human Resources Regina Switzer told all employees to send in their nominations for employee-of-the-year awards.

“Dear Colleagues, It’s time to submit your nominations for OCCC’s Fall 2020 Convocation Awards,” she wrote in an email.

“Every year at Convocation, the College honors employees selected from your nominations for their exemplary performance and service… All nominated employees must have a minimum of five years of service with OCCC.”

Her email even told employees where on the Employee Portal where they could find the nomination forms.

However, no one was honored during the welcome week events Aug. 10 – 14.

Rather, employees were only asked to watch a short video of outgoing President Jerry Steward giving a general thank you to all employees, Aug. 10, along with a promise that during the fall semester employees would be honored.

“We will do those awards a bit differently later this fall, and I believe they will be more celebratory and more special than ever,” Steward said.

However, with the spring semester one month in, there has been no celebration or college-wide announcement of the employees who have won these honors:

–The Robert P. Todd Leadership Award, which recognizes an OCCC employee who has demonstrated outstanding leadership in his or her work;

–The Elven Gray Award, which recognizes an OCCC employee who consistently: goes the extra mile; displays a friendly, positive attitude; exhibits devotion to the College; and inspires others; or

One employee brought up the lack of tradition and what some are calling another punch to the gut of employees to Provost Jeremy Thomas and Chief of Staff Danita Rose during a Nov. 6 listening session between employees and top administration.

“OCCC faculty and staff morale has been at an all time low. Due do COVID-19 we did not receive our annual convocation breakfast … these events are important shows of support and appreciation for OCCC faculty and staff,” an employee asked on a note card that was read to Thomas and Rose.

Because the question was assumed to be more focused on food rather than honoring employees, Thomas replied by saying leadership had decided to spend the money that would normally be spent on food for employees on raises and stipends.

“We decided our best use of money would be to spend it directly on you. We would rather give that to you instead of the meals.”

The college did send out an email at the end of December to recognize employees who have 5, 10, 15, 20, 25, 30, 35 and 40 years of service. College admministrators say special gfts are in the works for these employees.

However, the emailed list was little in comparison to previous years’ celebrations, and the college acknowledged it.

“Is this email an equal substitute for that in-person occasion? Of course not. But it’s what we have at the moment,” the email read in part.

There was no mention in the email about if those who have served 25 or more years at the college would have their name listed on the plaque just to the south of the Executive Offices.

Last updated in 2017 by placing Math Professor Jay Malmstrom’s name on the wooden display board, the honor has been bestowed on 100 employees since 1997

The display boards near the Al Snipes Board Room honoring employees who have won the Elvin Gray award, the Classified Employee Award for Excellence, Employee of the year- Exempt/Professional and Employee of the Year-Faculty also have not been updated since 2019.

And, to date the college has not sent an email or other form of communication to the college community congratulating employees for winning the Robert P. Todd, the Elvin Gray or three Employee-of-the-Year awards.

“This is just an example of the college administration saying it cares and then showing they really do not,” said an employee who has worked at the college more than 20 years and who said she wanted to celebrate her colleagues.  The employee asked to not be named because of fear of retaliation.

“I’m not wanting any food or free turkeys or anything. I want the college to live up to its promises.”