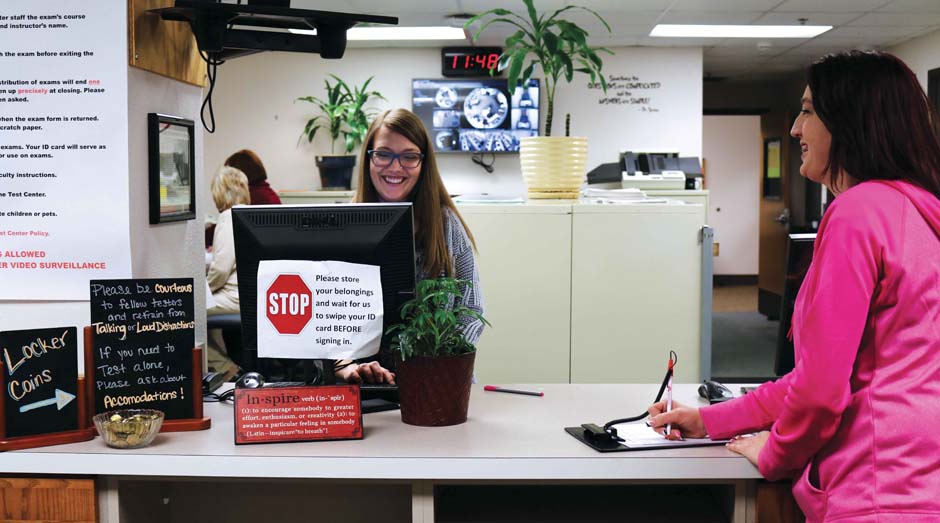 With many students taking classes from home, a lot of them don’t know that the Test Center shut down for out-of-class testing May 18 and will not provide any more course testing going forward.

The college made the decision to eliminate out-of-class proctored exams, a service which many faculty utilized so students had more time to take tests, after administrators claimed it wasn’t being used enough.

The reduction never happened, however. In fact, the college actually gained in students over the previous fall.

Testing and Assessment isn’t closed. Rather, it still provides placement tests to new students, which helps determine what general education courses such as English and maths they could take.

When the college decided to end class-proctored tests administrators sent and email announcing the change.

“The year (2020) has brought about great challenges to the College with the pandemic, state budget shortfalls resulting in reduced appropriations for the upcoming fiscal year, and a dramatic projected enrollment decline.”  Vice President of Student Affairs Jeremy Thomas and former Vice President of Academic Affairs Greg Gardner said

“While there are expectations for enrollments to climb to some degree between now and the start of the Fall semester, operational considerations along with a reduction in force have been necessary.”

Paul Roudebush, a test center employee, said the test center was busy when it was open for course-tests.

In addition to class and placement tests, the center also offered testing services for other colleges and universities.

“Testing and Assessment gave 4,019 Standardized Exams per year prior to the pandemic,” Roudebush said  Even during the height of the pandemic, the center continued to offer tests both virtually an in person.

Roudebush said that the employees were initially allowed to work from home when the pandemic shut down most access to campus.

However, he said he continued to work at the campus in order to ensure the tests were being taken safely.