Your Health, Because It’s Your Right 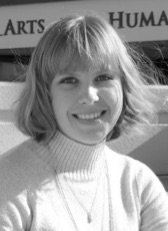 What you won’t do, you will do for love…right?

Over the past decade, women’s rights have become predominantly more relevant. More freedom has been demanded and to some degree, achieved.

On January 22, New York passed a law, ensuring women will always have the right to control their personal health. This law gives women the right to legally choose to abort their child into the third trimester of pregnancy.

This eliminates New York’s previous law, only allowing legal abortion up until week 24 of pregnancy.

New York is taking a stand for women’s rights, claiming no matter what the people in Washington do, women in New York will always have the right to make their own decisions about their body.

The National Abortion and Reproductive Rights Action League (NARAL) is pro-choice. Their stance is “Every woman should be able to decide for herself if, when and with whom to start or grow a family.”

Imagine you are, or know of a female who became pregnant as a result of rape. After all, the United States National Library of Medicine said between reproductive ages of 12 to 45 “among adult women an estimated 32,101 pregnancies result from rape each year.”

About 32 percent of these women did not realize they were pregnant until the second trimester.

New York is setting an example for giving women a way out of these situations. Situations they didn’t want or ask for to begin with. How is that wrong — to choose to live your life after a crime was committed upon you without your consent? In the blink of an eye, you are now responsible for two lives.

The child is aborted out of love. Because this isn’t fair, and this child doesn’t deserve the circumstance just as much as the mother does. Would it not be better for the child to never be born, than to be born less than desired? The Federal Unborn Victims of Violence Act, recognizes an
unborn fetus is a legal victim.

Taking this into consideration,aborting an embryo is technically a murder. Especially if, during the third trimester of pregnancy, most times the embryo could survive on its own, outside of its mother. Is that not a life being taken away should the mother choose to abort? No, the embryo cannot make comprehensive decisions on its own.

Yet, neither can a three-year-old. Where do you draw the line? Because in this case also, even if the child is a result of a crime, out of love, the mother keeps it.

The child is born out of love. Because this isn’t fair, and the child doesn’t deserve the circumstances it was dealt. Would it not be better for the child to be born and have a chance at life, than for it not to receive a fighting chance at all?

Being pro-life or pro-choice just means you have an opinion, congratulations. Senator Patty Murray said, “One of the most important ways we can expand opportunity for women is to help each other succeed.” For us to succeed as women, we need to help each other understand first.