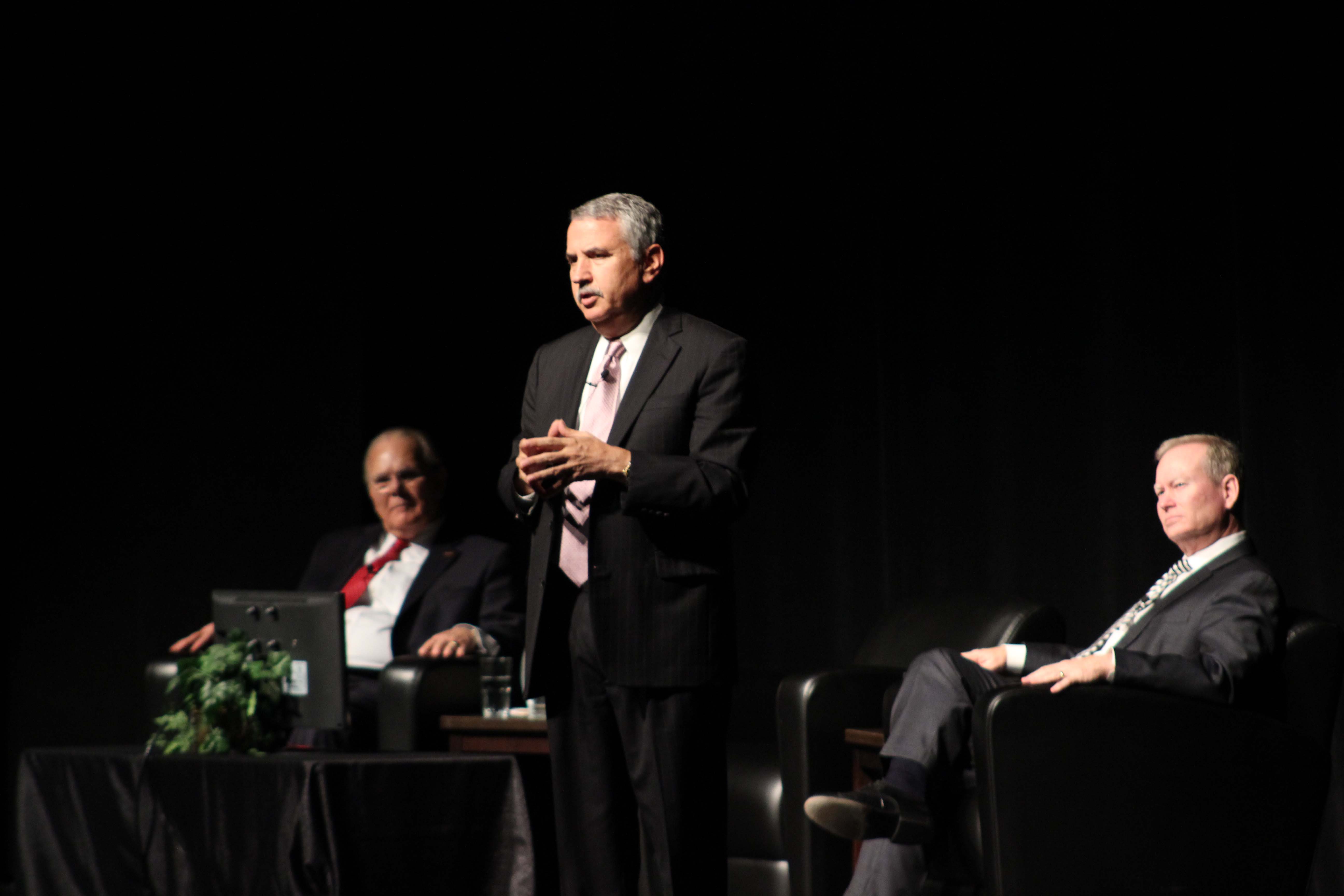 Friedman lectured about his book, “Thank You for Being Late: An Optimist’s Guide to Thriving in the Age of Accelerations,” which was released in December 2016.

OCCC President Jerry Steward welcomed Friedman and thanked him for visiting the college. Oklahoma City Mayor Mick Cornett presented Friedman with a key to the city.

Friedman is a New York Times columnist on foreign affairs, and his books include “”The World Is Flat: A Brief History of the Twenty-First Century” and “From Beirut to Jerusalem.”

Covering globalization, climate change, and Moore’s Law (the idea that microchips will become smaller and more powerful every two years), the book is a manifesto written for the ever-accelerating world we live in.

The lecture opened with Friedman describing an encounter with a parking attendant who was a regular reader of his New York Times columns. Friedman then shared a short guide on how to write columns, citing his goals of heating up his reader’s opinions and bringing light to where there wasn’t light before.

He went on to describe the tech boom of 2007, which included the historical release of the first iPhone. Throughout his lecture, Friedman emphasized the importance of being a lifelong learner to survive in our fast-changing world.

“We’re at a point where technology is now moving and changing faster than the average human being and society can adapt,” he said. “The challenge is to learn how to learn faster and adapt better so more of us can live at a higher level of acceleration.”

He continued his lecture with a discussion about global warming and climate change, highlighting the pressing need to embrace resilience and adaptation.

Friedman ended on a sharp note, saying that the message of “the golden rule” was more important now than ever. “Everyone needs to be in the grip of values. Good parent to good child, good government to good citizen, good teacher to good student, these things have to remain old and slow. The faster the world gets, the more those old-time values matter more than ever.”