The Fight Against Friedreich’s Ataxia 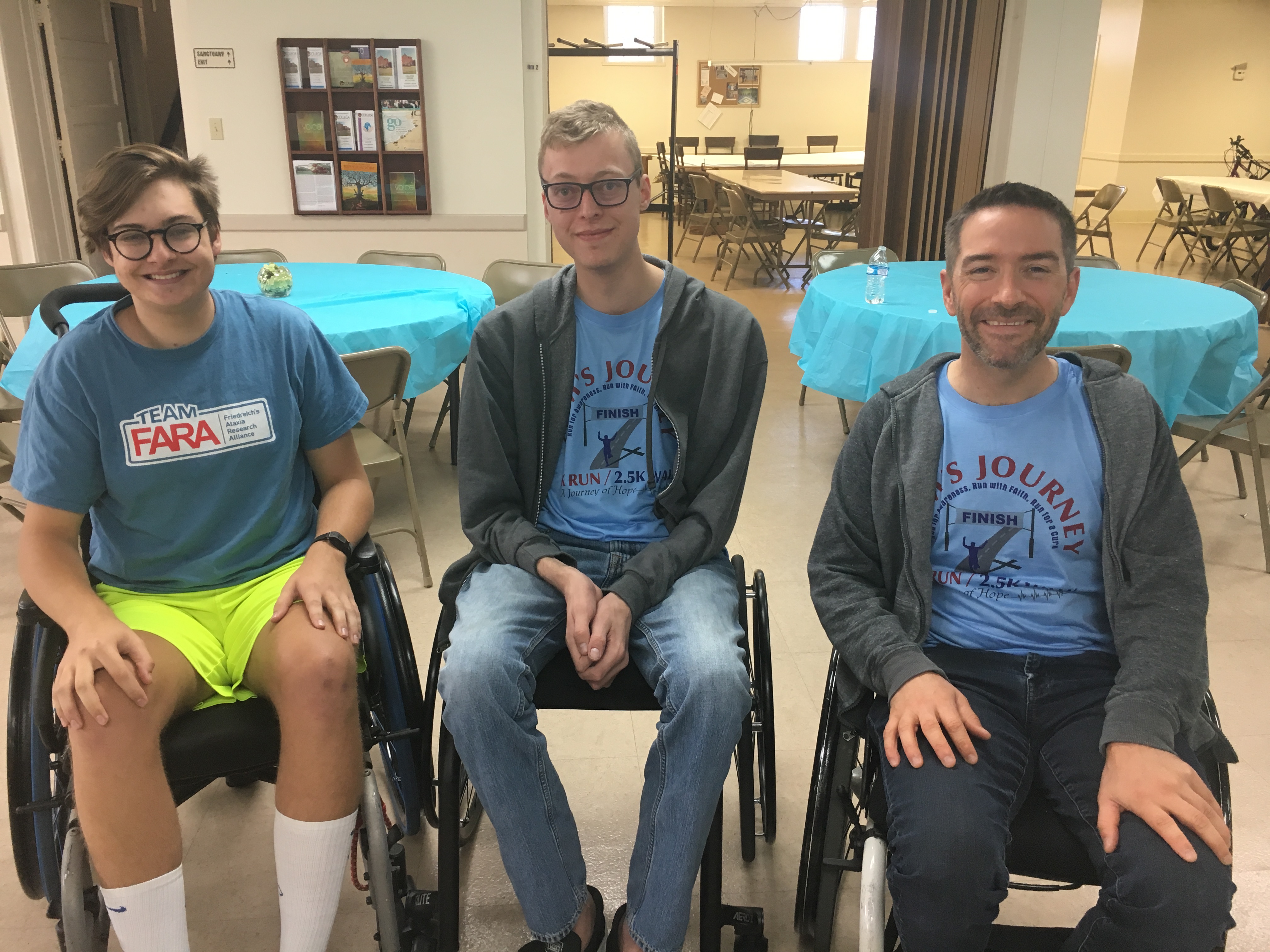 The national anthem breaks through a crisp September morning, across the street people stand huddled together by a Methodists Church in Warrenton, a small town in Missouri. The Trentham family is signing, it’s a fundraiser aimed at a cure for Friedreich’s Ataxia, a progressive disease that damages the nervous system.

One of the main organizers, Julie Myers, said the event was the first time the group sang since their son (and brother) passed away.”’

The disease shortens life expectancy, the average survival is 40-50 years, however, life expectancy varies a lot for each individual and how severe the symptoms are.

Friedreich’s ataxia is not a widely known disease, being that it only affects one in every 50,000 people, according to the National Institute of Neurological Disorders and Strokes. The effect of the low awareness can in many cases lead to individuals being misdiagnosed. It is a genetic defect which causes nerve damage, muscle incoordination, sight, hearing, and speech. Many will also suffer from scoliosis, diabetes, and heart disease. Friedreich’s Ataxia does not affect intelligence, memory or attention.

In recent years with the help of technology, families and individuals affected by the disease have been able to connect and communicate.

The event in Warrenton is far from the only one. One of the people attending, Kyle Bryant, said the community of those with the disease is more active now then what it five or ten years ago.

“It’s really encouraging, and I think that it only amplifies the effort from everyone,” Bryant said.

Bryant has been an active role in raising awareness. He appears in a highly rated documentary (The Ataxian 2015), where Bryant (while not being able to walk) and a team of friends attempts the race across America. The message of “life is about how you react.”

There is no cure. There is the option to take medications that makes the- many symptoms- slightly better. There is new technology in medicine, and some doctors has spent years working on a possible cure, which seems to spark encouragement towards fundraisers as this one.

Although developing a cure can take years, Julie Myers known that whatever is being done is probably not going to go to her son. “But it’s the right thing to do,” she said.

Around 100-200 people attended and walked or ran five kilometers together, including seven families that has children with F.A. The event, called the Slim’s Journey FARA run, has happened annually for seven years, and have collectively raised $10,000 dollars for research.

“It’s really powerful to see the representation of the community coming together, it’s like the street shut down for a rare disease,” Bryant said. “Sometimes it feels like no one cares, right? And all of the sudden there’s like more than just me and the few people.”