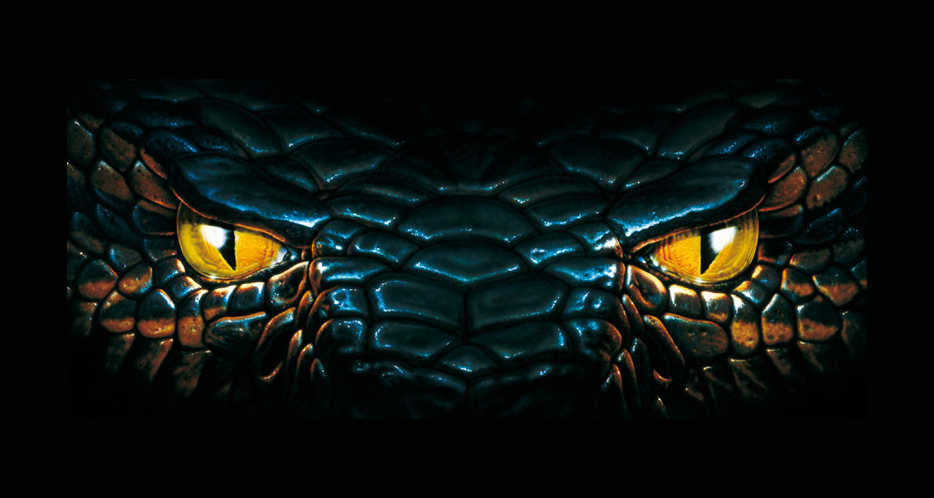 The year 2016 saw the release of an all-female remake of “Ghostbusters.” The pouting fanboys declared online that their “childhood was ruined.”

I didn’t pretend to be Indiana Jones. My childhood started with viewing of the 1997 film Anaconda, which just celebrated it’s 20-year-anniversary.

For those not hip to this classic, it tells the story of a documentary crew filming a new movie about a long-lost Indian Shirishama Tribe on the Amazon River. While trying to locate them, they find shipwrecked Paul Sarone, played by Jon Voight. They bring him on board as he promises to take them to find the Shirishama Tribe. But naturally, he’s a snake wrangler and is leading them all to help him capture a 40-foot-long Anaconda that somehow screams and has the ability to almost fly around in traditional B-movie fashion.

The year 1997 was a more simple time. The Western culture was still civil as everyone was unaware that Backstreet was about to be back. And somehow, Hollywood was able to string together Jennifer Lopez, Ice Cube, Owen Wilson, Eric Stoltz and Jon Voight for a film involving an actual animatronic snake they built specifically for this movie. There is CGI used for some scenes that go places where no real snake could ever go.

Let me say it loud for the people in the back (and imagine me clapping my hands in between each word): Jon Voight was snubbed for the Oscar for his performance. It’s as if they filmed a different film when he was on screen. He’s the humanistic anaconda of the picture; swallowing the scenery to regurgitate his classic one-liners upon the other cast.

There’s a truly iconic scene where their “dear, dear, captain” Mateo gets lost and the audience sees that he is the first to be eaten by the snake. The crew doesn’t know where he is but Sarone knows exactly what happens. He rolls a carpet length of snake skin at the feet of the crew. Ice Cube shouts, “is snakes out there this big?!”

Sarone then describes anacondas in a way I hope my future wife describes me: “They strike… wrap around you… hold you tighter than your true love and then you get the privilege of hearing your bones break before the power of the embrace causes your veins to explode.”

Anaconda had a budget of $45 million. It ended up making $136 million worldwide. That’s unheard of in today’s market. It got mostly negative critical responses upon release, but Roger Ebert saw the genius in this film and give it 3.5/4 stars, praising the “love” story between Voight and the snake. This is the same film in which Ice Cube threatens to kill a man for turning off his radio — which he is using to listen to his own music.

Five-year-old me became so obsessed with a film involving a 40-foot-long snake that I was defacing my brother’s wrestling toys by writing “Anaconda” on them. I also remember being so terrified of the poster featuring a fantastic depiction of a demonic-looking snake in the dark that I would creep around my local Blockbuster so I wouldn’t see it.

Many people grow up and look back in disgust at the things they used to watch or listen to, but I can still watch Anaconda with the same wonder and enjoyment I had when I was young. I was five years old when this film was released and it was the first of many I ever fell in love with. It birthed my love for film.