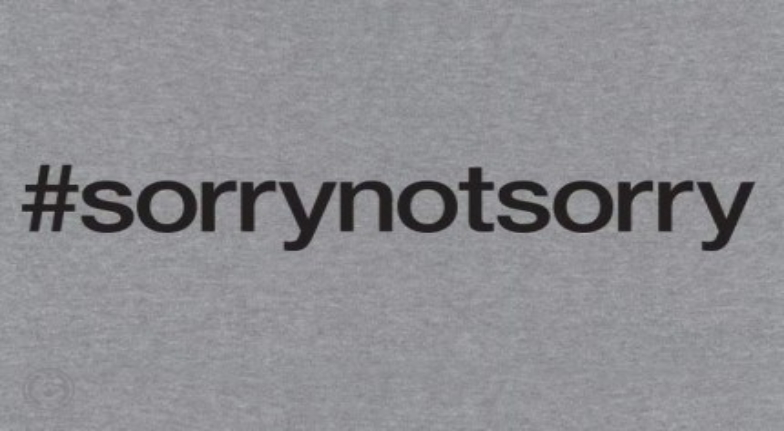 When toddlers do wrong and hurt others at school, their parents often tell them to stop and to quickly apologize as a way to show social responsibility and build bonds.

When teens do wrong and hurt others at school, their teachers demand they apologize and never harm others again. Again, they want them to understand how to show responsibility for one’s actions and how to make amends.

However, when some upper administrators at OCCC harm others on campus, or if they even believe they may have inadvertently caused hurt feelings, the ones who learned their lessons in high school and as even toddlers step up and apologize.

This was seen in strong fashion as OCCC Regent Raul Font took time out the regular OCCC Board of Regents meeting Nov. 13 to offer an apology, even when no one was likely seeking one. He said he attended two college listening sessions, where employees shared their feelings and concerns with upper administration, to get the grasp of what the faculty and staff were feeling.

“Let me express my sincere pledge that I will uphold my fiduciary and policy-making responsibilities so that you can feel proud to come to work in a professional and humanitarian workplace,” he said.

“If I was responsible for neglecting any of my responsibilities in the past, I take full responsibility for it. And, I ask for your indulgences as we respond to your comments and concerns and insights.”

Another regent, Christie Burgin offered a semi-apology for Regents not being attentive to those who were asking to have their concerns heard. Just like Font, no one was seeking an apology from her, but it likely was well received.

They were just the latest in high-ranking OCCC administrators to offer mea culpas within the last two months.

Another unexpected apology came Oct. 23 as part of a listening session. An employee asked both Provost Jeremy Thomas and Chief of Staff Danita Rose why none of the leadership team nor President Steward had apologized for allowing a culture of fear to grow at OCCC.

Even though she has only been in upper leadership role for just a few months, Rose quickly took the mic and heartfully offered an apology for anyone who has been hurt.

“I think anyone who has contributed to an environment that is toxic in any form or fashion should apologize for that. But more than that they should be proactive in making that change.”

However, some in supervisory roles at OCCC have made no overtures to offer public apologies for any harm employees say they’d had done to them. Maybe they don’t feel they need to apologize because they’ve done nothing wrong.

Maybe they feel apologizing would make them seem weak. Whatever the reason, some have had opportunities thrust upon them, and they have made decisions to say nothing, even when it might have assisted in raising morale at OCCC.

One administrator, Provost Thomas has had at least two opportunities to apologize in public. He has been in upper administration for over two years, at a time when the college employee morale has been historically low.

Both times, he had said nothing close to an apology.

Employment specialists note that those in leadership roles are responsible for the morale of their employees regardless if they’ve been in power for one month or two years.

Another leader who faculty and staff allege has harmed them is Vice President of Operations Greg Gardner. Faculty claim he has bullied them and even trained leaders under his supervision to mistreat faculty and employees.

Employment experts say often toxic supervisors train new supervisors to be toxic in their leadership styles Gardner has stood in front of faculty and staff many times during the last two years, even at listening sessions, and has never offered a public apology for the harassment, mistreatment, and racial discrimination brought to his attention through past grievances which landed on his desk.

An administrator Gardner appointed to upper administration also has not apologized publicly to faculty and staff who allege she discriminated against them, harassed them and treated them unfairly.

Interim Vice President of Academic Affairs Kim Jameson, who Gardner appointed to her post, was the direct supervisor for Professor of Political Sciences Markus Smith, Angela Cotner, professor of English, and former professor Michael Snyder and at least one support employee.

This year all of them have noted this she has hurt them and many others while serving as dean of Arts English and Humanities and as interim dean of Social Sciences.

In fact, she had grievances filed against her by both Smith and Cotner, according to college records which place her as their supervisor at the times they filed their complaints against their direct supervisors and according to statements they have given to the Pioneer and through social media.

She also oversaw Snyder who said he left the college to work at the University of Oklahoma after he says Jameson allegedly targeted him through biased and negative performance reviews. Snyder said publicly that hearing Smith’s complaints gave him a sense of OCCC PTSD and Déjà vu.

However, Jameson has nary uttered a simple “My bad, bro.”

Of course the administrator who is alleged to have been one of the primary causes of the lowest morale in recent campus history and who appointed Thomas and Gardner– who then appointed Jameson, and other associate vice presidents and vice presidents and supervisors– is retiring President Jerry Steward.

Even though he doesn’t need to mean it, he could have sent an all-employee email saying “Oopsie” and nothing more.

However, he’s been sitting at home for months doing party planning for the college’s 50th anniversary and other duties and couldn’t press send on a one-word email.

Again, maybe these administrators feel they have nothing to apologize for. Maybe they earnestly believe they’ve done nothing wrong and that all the complaints against them are sour grapes.

Or maybe they never learned the importance of saying sorry when they hurt someone– like toddlers have.