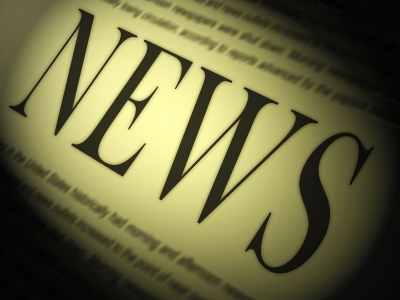 An on-campus session dedicated to listening to faculty and staff concerns briefly turned into a referendum on Provost Jeremy Thomas’ trustworthiness Nov. 6, with a faculty member stating he might not be genuine in his calls for a better campus culture and with staff saying he’s the “real deal”.

With about 20 minutes left in the one hour session, Professor of Speech Communications and Program Chair Julie Corff said Thomas did not treat employees well during his leadership at OCCC, perhaps because he was following orders from retiring President Jerry Steward.

“Dr Thomas, you’ve been here before Danita. You were under a different leadership,” she said. “I don’t know that you cared for people as well as you should have under that leadership.”

As she spoke, Thomas sat still with his head cocked to his left, fidgeting with his pen.

“I love this Dr. Thomas that I’m hearing and the words that are coming out. I want that to be genuine,” Corff said.

“We want to trust you. Our heart posture is to want to trust. And so, please don’t take that lightly. Please see what has been done in the past and you were part of that past.”

Corff hinted that Thomas should apologize for any acts that hurt employees while he was taking orders from Steward. She said she’s seen employees who’ve hurt other employees apologize and be forgiven.

“I love that because that’s restoration,” Corff said. “How awesome to say I did that under a different leadership. I was scared too. I didn’t know what to do there. Be authentic.”

Thomas did not respond to her accusations, but OCCC Chief of Staff Danita Rose clapped her hands and smiled after Corff spoke.

Several who attended the session said they felt Corff ’s reference to staff members allegedly harmed by Thomas was an allusion to former administrator Randy Cassimus who abruptly left the college in March after Thomas became his supervisor.

At least one long-standing employee said they believe Cassimus was run off by Thomas’ alleged “micro-managing and targeting.”

The staff member asked to not be named for fear of retaliation. The employee also said Thomas may have changed in the months since Cassimus left.

“I hope he’s honestly changed and he’s not trying to pull a fast one because he wasn’t like this at all when he introduced himself to us or for a long time after,” the employee said.

When Thomas came to OCCC, the college culture changed in a negative way for him, Cassimus noted. “For some reason never definitively communicated to me, but for which I do have conjecture, I was not made to feel welcome or valued at OCCC anymore by my college President or VP [Thomas],” Cassimus said after hearing about the meeting.

“I had little choice but to pursue other employment opportunities. This saddened me greatly because I truly loved my students, alumni, co-workers and mission and felt I still had much to offer.”

Cassimus had worked at OCCC since 2012. He served in several roles including Acting Executive Director of the OCCC Foundation and Acting Director of Development and Director of Student Engagement and Alumni Relations. He was instrumental in growing student programs and student development areas to include service learning and activities, student leadership, and civic engagement, according to his Linkedin profile.

He also drove alumni engagement and giving to the college. Cassimus said while at OCCC he had tremendous support at all levels, except from Thomas, but it was not enough to blunt the animus he felt was directed at him from the President’s office.

Shortly after Corff ’s speech, Mike Shugart, director of Recreation and Fitness, said he did trust Thomas to direct a positive change at the college.

“Julie [Corff] had made a comment about Dr. Thomas and if this Dr. Thomas is the Dr Thomas he really is,” he said. “I want you to know that this is the Dr. Thomas I reported to for over a year and a half. He is a great guy. [Several staff members] are all here in support of him, so rest assured this is the same guy.”

Dean of Health Professions Dr. Vincent Bridges added to Shugart’s statement and said he also has seen Thomas do what he said he would do.

“Jeremy and Danita have gone the mile. They’ve not only talked, but they’ve put action behind the words,” he said.