Nearly 20 years have passed since the bombing of the Alfred P. Murrah federal building in Oklahoma City, and the memory of the event still lives on.

“I was in Choctaw teaching class and, all of a sudden, the building shook really bad … . Someone said something happened so we turned on the TV.

“It was a really interesting time,” Heitkamper said. “A very scary time. It was the first major domestic attack we’ve ever had.”

“I was in Lawton at the time teaching high school,” Gibson said. “We had TVs in our rooms, but the administration wouldn’t let us turn them on.”

Gibson said the teachers there tried to keep the knowledge of the attack from the students.

“It was sad,” she said. “The teachers were all out in the hall running them down and talking to them. We kind of had to keep the students from what was going on.

“I feared that [one] of my students would have somebody in the building and not know about it.”

Education major Michele Bolin was living in Illinois, but said she still remembers the shock the day it happened.

“I was at work,” Bolin said. “I was shocked that it happened and knowing there was a daycare there.

“I had just had [my daughter] and I just couldn’t imagine what it would be like having a child there.”

Physical Therapy Assistant major Nathanael Taylor said he was born a few months after the bombing, but knows people who were injured in the attack.

“There’s a lady [at the VA] who was there,” Taylor said. “She went to open up a door, and the bomb went off and the door completely slammed and crushed her wrist. She was able to get out just fine, but she lost her shoe and her wrist was shattered.”

Heitkamper said he remembers another person who was injured in the bombing. He said she was running the federal credit union program that he was also working with at the time.

“She told us a story about how she was sitting at a table having a staff meeting and all the people were [at the other end of the table]. After the bomb went off, she looked up and there was nothing left there. She was the only person.”

Taylor said although it is taught in school, the history of what led up to the event should hold more importance. 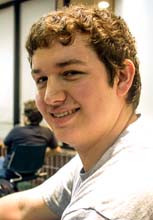 “The bombing itself is a very short subject,” she said. “It’s a very traumatic subject. However, I do think what happened before the bombing, the events that led up to [it], are significant.”

For more information, or to pay tribute to those who died, survived and changed from the bombing, the website for the Oklahoma City Memorial can be found at oklahomacitynationalmemorial.org.

The Oklahoma City National Memorial and Museum with a  garden, reflecting pool and  sculptural memorial commemorating victims of the 1995 Murrah Building bombing, is located at 620 N Harvey Ave. For information, call 405-235-3313.

For more about the bombing, visit www.history.com/topics/oklahoma-city-bombing.