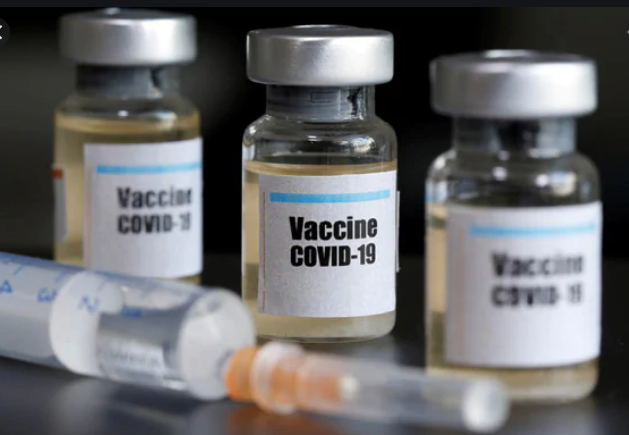 At least two drug makers are expecting to make their version of a vaccine for the COVID-19 virus available for use before the next presidential term starts, and OCCC may be a place where those
in the community can get a shot.

Pfizer Inc., last week, announced that its vaccine in phase three testing has proven to be up to 90% effective in clinical trials.

Both companies say their vaccines would be given in two doses,
months apart.

They hope to be granted emergency use approval by the U.S. Food and Drug Administration by December. And by the end of April 2021 every American who is at least 18 years old who wants a vaccine may get access to a vaccine, according to a November 16 article by Madeline Farber of Fox News.

The news comes just a week after Oklahoma hit a record number of new
daily coronavirus infections, over 4,000. It also comes almost a week after citizens went to the polls to select the 46th U.S. president.

OCCC community members might be some of the first in the state to get access to the vaccine.

The college has been named one of the sites for treatment access, Vice President of Operations Greg Gardner said.

“Actually when that process starts… we will have two pods. We will have a pod where our employees can be vaccinated, and then we will also have a public pod where we will serve to have the public come in and get vaccinated” Gardner said last month.

Gardner said he would be first in line to get a shot.

“I will be first in line because I will take any vaccine. I’m not an antivaxer,” he said. “I’m vaccinated against rabies. Just like a dog, I have my rabies vaccine.”

Chief of Staff Danita Rose joked she would wait until others, such as Gardner, take the vaccine before she does.

Provost Jeremy Thomas said he would also be in line to take a vaccine.

Gardner said he was concerned that despite having a vaccine available, there is a concern that people wouldn’t take it.

According to a Harris poll released last week, 40% of those surveyed said they won’t take the vaccine, even “if doing so would lower the risk of becoming infected by about half.”

A TODAY/Suffolk Poll shows even fewer people want to be the
first ones to take the shot or series of shots.

Some who took the survey, such as Ebony Dew of Maryland
said they didn’t trust the vaccine.

“I feel like their testing is a trial and error,” Dew said. “And I also
feel that they don’t really know all that much about this virus, so how can they create a cure for it just yet?” she told USAToday last week.

But even if some people refuse to take it, those who are state and government employees may have no choice according to an article in AARP magazine.

“Employment in the United States is generally ‘at will,’ which means that your employer can set working conditions,” Dorit Reiss, a law professor at the University of California, Hastings, who specializes in legal and policy issues related to vaccines told the magazine

“Certainly, employers can set health and safety work conditions, with a few limits,” she said.