Animal Crossing still a good game in a pandemic 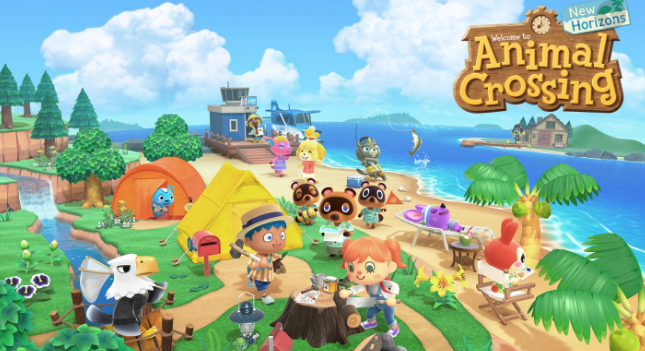 Trying to find something to keep you entertained at home in the midst of a quarantine? The video game development company, Nintendo, has the
perfect solution.

On March 20, 2020, Nintendo released Animal Crossing: New Horizons exclusively for their Nintendo Switch gaming console. The game features daily tasks that revolve around the player upkeeping their own virtual island paradise and collecting items to donate to the island’s local museum.

And the game is as fun now as it was when it first came out.

The game sets the player out with daily tasks to complete that reset on a
day-to-day basis. Those tasks may include selling items and gathering a specific crafting material.

The game also includes a local museum that challenges its players to collect one of every type of fish, bug, and fossil.

While that all sounds like a lot to do, Animal Crossing: New Horizons
suffers from pacing issues early on. Items such as the vaulting pole, which
helps a player jump over rivers, and the shovel, which is required for digging up fossils, take days to unlock. But, once the player gets past the beginning, the game becomes an incredibly fun experience.

Sophia Post, a new player of Animal Crossing: New Horizons, said the beginning is slow, but it became worth it once she got to see what the game had to offer.

Animal Crossing: New Horizons has the unique feature of having a real-time day and night cycle.

What this means is that the game day will move just like real-life’s day.

The game uses this to its advantage by making certain fish and
bugs only appear during certain parts of the day. It’s an incentive to
keep the player logging in several times throughout the day.

Animal Crossing: New Horizons also includes a crafting mechanic that lets the player build tools or furniture. In order to craft items,
the player must first acquire a DIY (Do It Yourself) card that teaches
them how to build a certain item. Those cards can be bought, gifted,
or just found somewhere on the island.

Animal Crossing: New Horizons has the special gift of being enjoyable in several different playthroughs. Since there is so much do
and unlock in one playthrough, starting over will be refreshing to
some who have grown used to the end-game items.

Julio Gonzales, a resident in Oklahoma City, said that replay-ing the game has the added benefit of knowledge from the previous game. If he wanted to start over, he has a better idea of what to do and may have a better start.

Animal Crossing: New Horizons gives its players an endless
amount of fun with having them build their own island paradise.
Once the players are able to get past the slow start, the game offers a great alternative to the enjoyment of the great outdoors. And, that is something everyone seems to need during these odd times.