Millennials represent a more powerful voting bloc than they realize 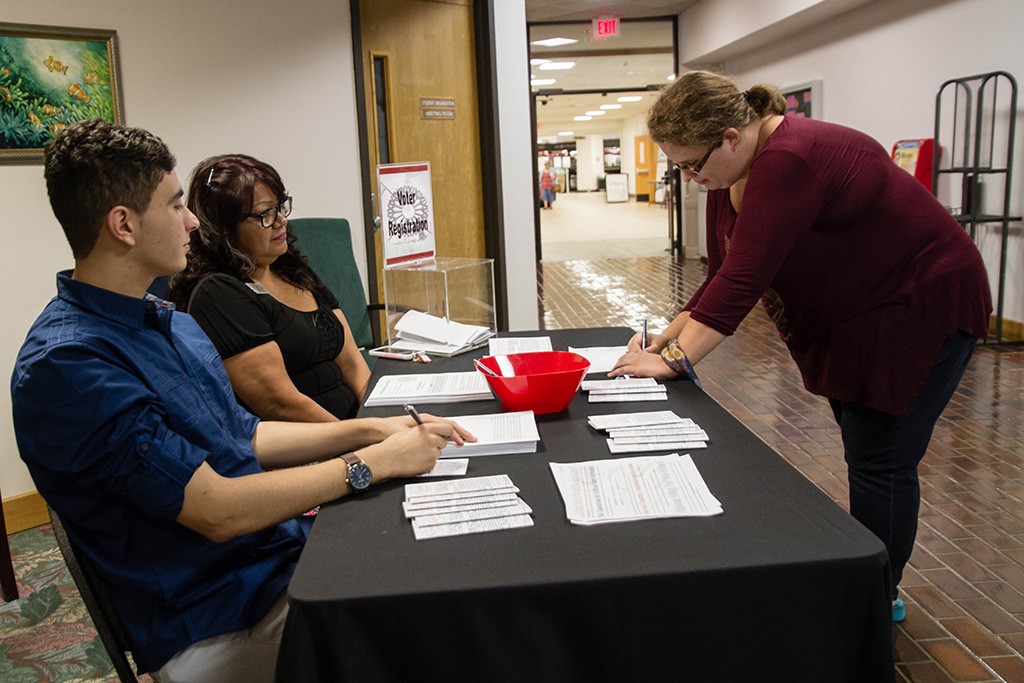 However, that trend could be changing.

The polarization of the country’s major political parties and the visceral dialogue of this year’s presidential election has brought increased attention to the voting process.

The approval ratings for both Donald Trump, the Republican candidate for president, and Hillary Clinton, the Democratic candidate, are historically low.

With both candidates being so unliked, many wonder how millennials will vote, or if they will vote at all.

“You are a single voice in a multitude, however a single vote is still a single vote,” said Alexandra Lusk, a millennial voter. Lusk said that part of the reason people don’t vote is due to the poor education people receive about government.

“People don’t know how to vote! It’s often left up to their parents, who usually don’t care, or it’s up to that student,” Lusk said. “This feeling of not knowing how to vote or even what’s on the ballot is a common one.”

In recent years, voting by millennials  has increased. In 2012 Barack Obama won the youth vote 67 percent to Mitt Romney’s 30 percent, shown in a study by Politico. In that election alone,  the youth share of the electorate rose from 18 to 19 percent.

This election may not offer a favorable candidate, but some millennials, still validated by the last election, plan to do their part.

Kira Poole, a student at the University of Central Oklahoma said she planned on voting, even though she didn’t like the candidate.

“This is an election that is defined by voting with your conscience, because the things that Trump has said has shaken me to my core,” Poole said. “I am sincerely terrified of him becoming president. Even though I’m voting for Hillary by no means does that mean that I’m with her. I don’t find her to be honest. I think she’s corrupt and ruthless.”

A different poll by the Washington Post indicated that 41 percent of millennials say they do not intend to vote at all. Husk said that she would research the third party candidates, and that if she didn’t like them, she would more than likely write in a candidate’s name.

A number of millennials were heavily invested in Bernie Sanders and were surprised and confused when he did not win  the democratic nomination.

“I have no idea why his campaign teetered out like it did,” Poole said.

With Bernie Sanders out of the contest and Trump suddenly the Republican nominee, many millennials decided that not voting is the best option.

“Apathy is a response,” Lusk said.

Even with the difference in ages, millennial voters are in the same boat as everyone else, saying they are far from comfortable with the contest for United States president.

Though many new voters will be casting their first ballot,  the election is not seen as a positive experience. Whether millennials choose apathy or a traditional candidate, Nov. 8th is approaching fast, and the outcome will go down in history.