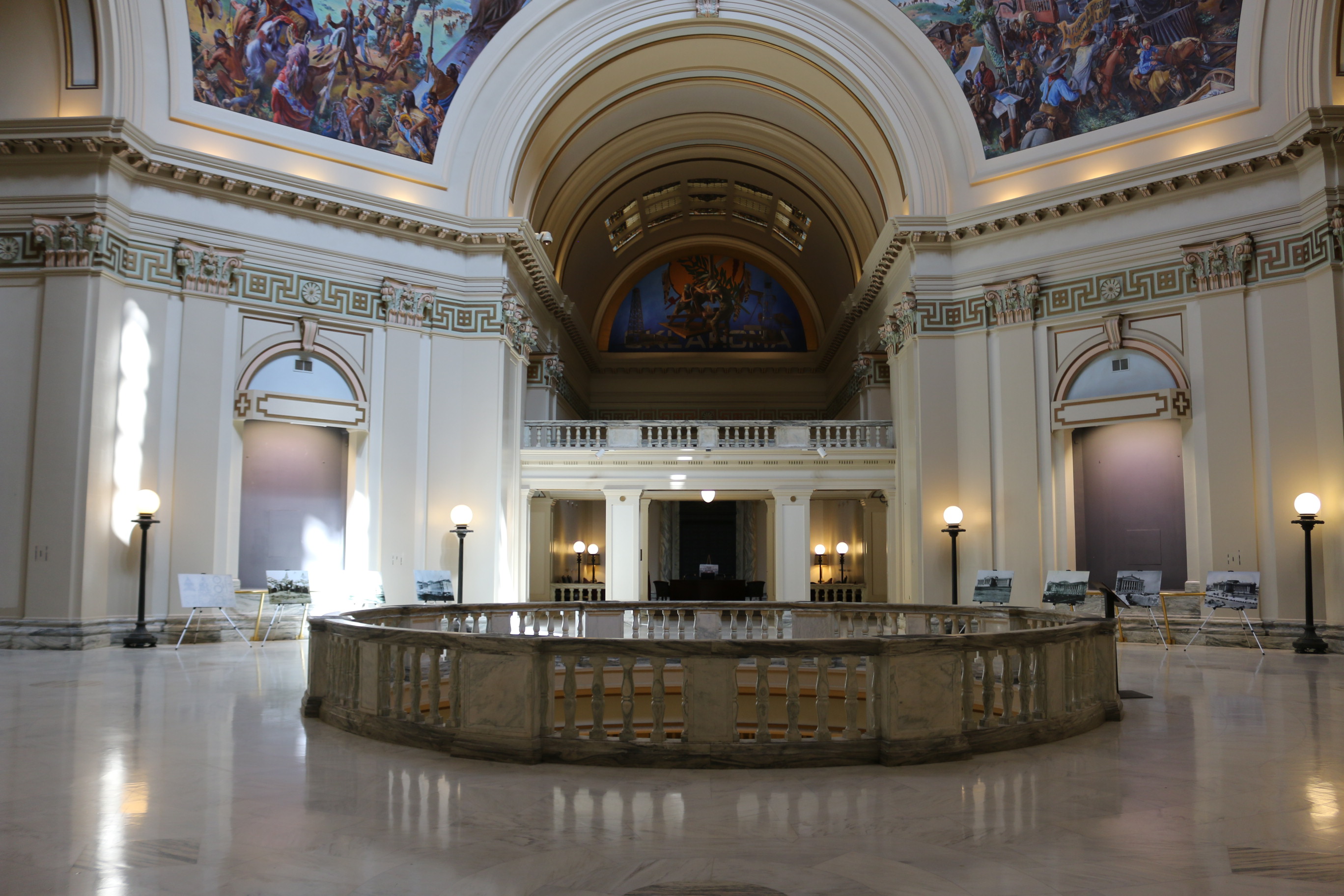 Oklahoma lawmakers returned to the State Capitol Monday, after being called into a special session by Republican Governor Mary Fallin.

Fallin ordered the session after the Oklahoma Supreme Court in August ruled against a cigarette fee which was passed in the final days of regular legislative session. Because the fee was ruled unconstitutional, lawmakers now face $215 million budget gap.

This week, organizations such as the American Civil Liberties Union and the All-None Project urged residents to attend the session and push lawmakers to fix the budget gap.

A group of more than 20 people, each wearing green shirts, said they went to the Capitol to talk about the budget.

“We are here to present the faces of the people,” a young woman in the middle group said. “Everyone needs to understand that these people don’t care about your health, your businesses, or our teachers. They’re here to talk about a budget and so are we.”

For her part, Fallin told lawmakers that she wants to bridge the budget gap without cutting any more agency funding. Fallin she would veto any proposal that included agency cuts.

“My staff and I have been talking for many weeks with legislative leaders from both parties, and I will continue to work with them until an agreement is reached,” Fallin said. “Our challenges in front of us are difficult, but I am hopeful that, with great resolve and statesmanship, we will succeed.”

Andy Moore, Executive Director for the non-profit organization Let’s Fix This, said his organization is dedicated to getting people of all walks of life into politics.

“We can all agree that Oklahoma is in dire straits, particularly when it comes to budget and revenue,” Moore said. “We’re hemorrhaging teachers and cutting core services. In light of that the Oklahoma Legislature passed some illegal bills back in the spring so here we are again.”

Moore said the root of Oklahoma’s problem does not land on the right or left side of the political spectrum, it lies on both sides.

“All of us, at the minimum, hope they can fill the $215 million budget gap they created by the tobacco. But we know that we need way more than that,” he said.

Projections show that if no resolution is made, the budget deficit will rise from $215 million to over $500 million by next year.

Moore said be believes change starts with the people and their right to vote. The problem he sees is the lack of voting throughout the state.

“Oklahomans don’t vote. We’re one of the lowest in voter turnout in the states in general. College students everywhere are lower than the general population,” he said. “We want to remind students to register wherever they go to school and you can vote absentee if you need to. If you live in Enid but you’re going to school at OCCC, you can vote by mail. College students are the voice of the future. You’re going to be the ones leading the state in a few years,” he said.

Moore said he has offered legislators and senators the opportunity to grab a drink with the rest of the followers.

“Who doesn’t like a nice cold beer after a hard day’s work?” Moore laughed. “It let’s people have their guard down and do what they were elected to do: be with the people.”

As the special session continues for the next nine days, organizations such as Let’s Fix This and the ACLU will be lobbying to help people get through this the budget crisis.

“We’ve done a lot of things the same way for years but that doesn’t mean that it’s the best way,” Moore said. “We’re all Oklahomans and we should share this burden together.”