31 Years Later We See How It Started In Solo: A Star Wars Story 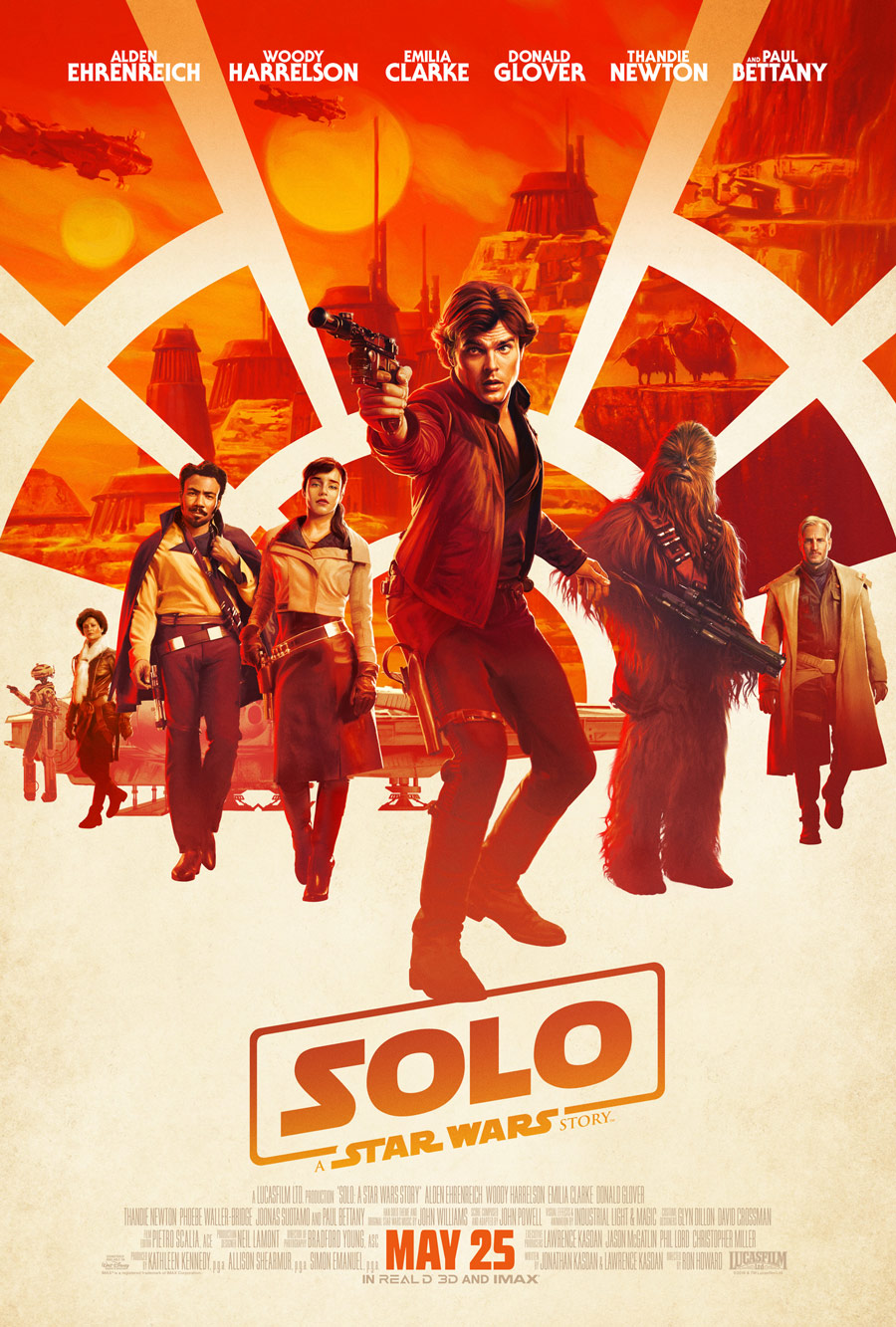 First appearing in Episode IV: A New Hope, the character Han Solo quickly became a fan favorite. Originally portrayed by the Harrison Ford, Han Solo is the focus of the tenth entry into the Star Wars franchise. Alden Ehrenreich makes his debut as Han Solo, 31 years to the day after A New Hope was released. Joining him are the scene-stealing Donald Glover as Lando Calrissian, Emilia Clarke as love interest Qi’ra, and Woody Harrelson as the renegade, Beckett.

Solo: A Star Wars Story went through more than its share of production troubles. While that doesn’t affect the movie’s cohesiveness, the savvy viewer will likely notice more than a few moviemaking stumbles. The finished product leaves us with a handful of ambiguous characters, chief among them being Clarke’s Qi’ra and Paul Bettany’s Dryden Vos. At times, the movie trips over its own feet in serving us plot twist after plot twist.

Most egregious of all, though, is the film’s proclivity to trivial references.

The main antagonist in Solo is Dryden Vos, the head of a crime syndicate. Paul Bettany plays Vos, who was originally to be portrayed by Michael Kenneth Williams. The mid-production recast is likely the cause of Bettany’s performance coming across as uninspired. A good antagonist should stir up some of the most powerful emotions in a movie, and Dryden Vos manages to make it 135 minutes without stirring anything. Qi’ra, love interest of our young Han Solo, is portrayed capably by Emilia Clarke, but she seems to have been written as one character packaged inside of another character. Much of this is disguised to the audience as a time gap, but without that character development all we’re left with is two characters named Qi’ra, latched together by a familiar face and a faint wisp of connection.

Ron Howard’s steady hand can be felt in the well-timed plot progression, some stunning visuals, and the familiar portrayal of the more tropic aspects of the story. The beginning of the movie feels dark, almost to the point where you wonder if your eyes haven’t adjusted to the theater yet. And just as it begins to feel overbearing, a flood of glorious light breaks through, signaling to the viewer that the adventure has just begun. The train heist scene feels like a classic Western with a fresh coat of paint. The last quarter of the movie, however, seems to show an over-reliance on plot twists to drum up excitement. They eventually become predictable, and some of them feel wholly unnecessary.

Depending on the nature of the viewer’s fandom, one of this film’s biggest miscues may end up being among its greatest assets: this movie is stuffed to the brim with as many winks and nods to Star Wars trivia as the dialogue would allow. Some are obligatory, given the nature of the origin story: the card game between Han and Lando for the Millenium Falcon, or the legendary Kessel Run (which Lando insists can’t be made in under 20 parsecs).

Many of these references feel forced, though. For example, we know that Wookiees have a particular distaste in losing chess, so when the crew of the Falcon has some down time, the filmmakers make sure we’re again shown Chewbacca enraged over a loss to Beckett. Similarly, early in the film we’re given a shot of Beckett twirling his pistols around mid-combat, and Han later asks to be taught the trick. In this way, the film spends much of its time giving the audience origin stories for small aspects of the Han Solo mythos.

With bright spots in Glover’s Lando (give him his own movie please), the endearing activist robot L3, the cinematography, set design, and character design (best aliens since the original trilogy), Solo: A Star Wars Story stands on its own as a pretty decent movie. Certainly in the bottom third of the larger franchise, if one were to rank each entry, the film will likely feel inconsequential to the average moviegoer. Solo is still worthy of a watch for any who consider themselves Star Wars fans, but don’t be fooled into thinking the movie is anything other than what it truly is: a filmed Wookieepedia page.