Too much Netflix makes for boring adults 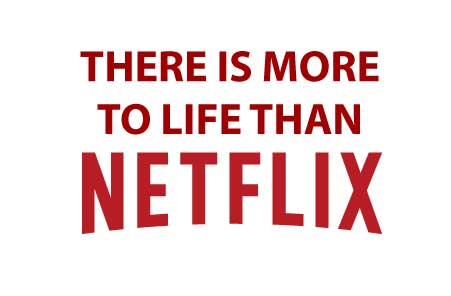 Netflix is spreading faster than news of a free barbecue on a college campus.

According to the company website, Netflix was founded in 1997 as a DVD rental service. With the expansion of Internet streaming, it launched in six new countries in 2014 and now has more than 50 million members globally.

That’s pretty incredible. When a company offered to let Americans binge-watch their favorite TV shows, America bought a subscription without a moment’s delay (and apparently, so did many other countries).

I don’t think there’s anything inherently wrong with Netflix. There’s not much I enjoy more than a well-produced movie. In fact, I enjoy watching movies and TV shows all too much — and I think that’s the problem. 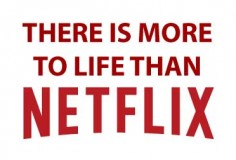 An article on techradar.com questions whether the instant gratification of Netflix is gratification at all. We’re not patient enough to wait a week for a new episode of our favorite show. With Netflix, the next episode plays automatically after the first is completed, creating a seamless, commercial-free carousel of non-stop television. It’s essentially the drive-through service of entertainment.

Going to the movies used to be quite the event. People would dress up to go out and see a film. Now we gulp down films like a 5-hour energy drink. Entertainment should be enjoyed, not plowed through.

Maybe we should use a bit of self-control.

I noticed that the more I spend absorbed in my TV shows, the more sluggish and out of touch with reality I feel. Surely I can’t be the only one who feels like this.

Huffington Post reported that binging on shows can leave viewers feeling excited if it’s a thrilling show but also leaves viewers feeling sapped of energy and emotion. They also found these shows influence the way people see the world.

“Research shows that the longer you stay in the world of a TV show, the more it influences the way you see the real world. After a season of ‘Breaking Bad,’ you’re more likely to view the world as an unpredictably bleak, nihilistic place.”

If you’re watching “My Little Pony” re-runs all the time, I bet your view of the world is almost too peachy.

Still, dare I say it — I think there’s got to be more to life than Netflix.

When is the last time you actually went outside and did something fun? We act like theme parks and family time are too childish to possibly entertain us. The lake is too dirty to swim in. It’s too hot to stand in line for a ride. I’d actually have to get dressed and leave the house.

Who are we? A hillbilly breed of aristocrats? I’m wondering when we got so picky, so lazy and so lifeless.

I think we should do more of what makes us feel alive so we don’t end up like the people on “Wall-E”.

Everyone is ready to travel the world but is afraid to step into their backyard. Maybe I’m too much of a child at heart. You know what? I’m OK with that. It sure beats being a boring adult.