The pendulum of political correctness 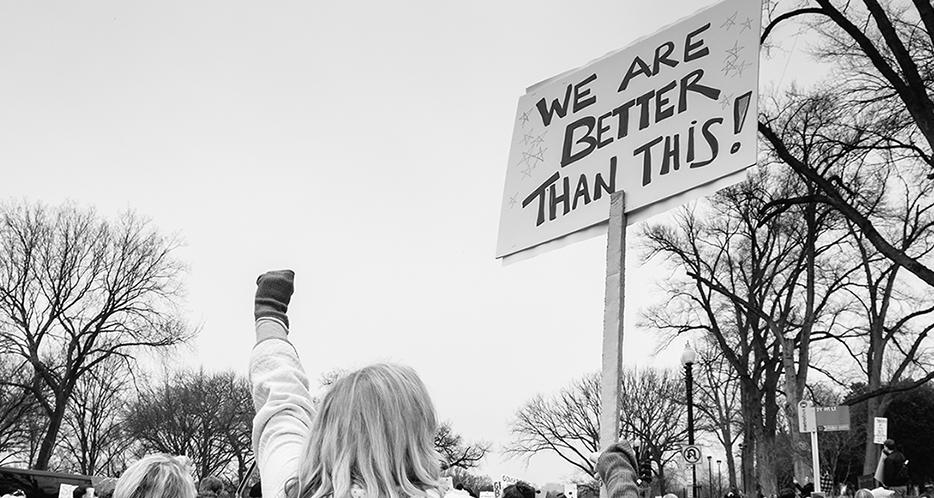 A bubble. An echo chamber.

The internet has given way for people to dismiss anyone in the world that doesn’t have their ideal ideology.

That can go from partisan affiliation, stating preferences online, and people thinking they are entitled enough to tell you not to talk to them if you don’t agree with them.

It’s becoming more socially acceptable to protest and vocally overpower an aggressor than to sit down and talk with them about their opposing viewpoints.

Call out anyone for being uneducated, but repeatedly don’t want to hear both sides of the story.

Students at Middlebury College in Vermont took to protesting a speech of controversial social scientist Charles Murray in early March. A majority of students at the liberal arts college, including the college president and the student organization that hired him to speak, vastly disagreed with Murray’s views on race, among other things.

Yet instead of a civil discussion or even a heated debate, the event was shut down with violent protests when Murray subsequently moved the event, and resulted in a Middlebury professor being injured.

Under a Trump administration, how do colleges — and society as a whole — protect those that feel threatened without silencing free speech altogether? The pendulum of political correctness has gone too far to one side. Free speech now only seems to be socially tolerated if it’s non-offensive and all inclusive.

I’m not politically correct. I don’t hold my tongue. I don’t stay quiet. Sometimes—err, a majority of the time—it gets me in trouble or in heated debates. This is more preferable to me than putting up a false persona that would be more inviting for people to enjoy my presence. I’d rather be known as a hard-headed person that puts honesty over everything.

I may not be a coveted people-person that will always be the star of the party, but at least I’ll never be disingenuous. Saying something that could be labeled as “problematic” doesn’t define my entire personality or who I am as a person. Everyone that has grown to know me says I’m nothing like what their first impression of me was. Just because someone differs with you on political topics or isn’t as politically correct as you, doesn’t mean that you can’t bond or be friends.

There’s a line between using privilege to help ethnic groups in peril and using your privilege to overstep your boundaries and tell others what to do and say for another group of people entirely.

Not being excessively politically correct makes a grand majority of liberals think you are some alt-right bigot. When in actuality, you just don’t tend to get upset over every possible thing. Sensitivity isn’t a sign of weakness and standing up for others isn’t a sign of frailty. That being said, there needs to be a line of when you are trying to protect others because you personally believe they need protection.

“No Trump Supporters” has become a notable prerequisite for available roommates in predominantly blue states. The Fair Housing Act of 1968 states that it is prohibited to “refuse to sell or rent a dwelling to any person because of race, color, religion, sex, familial status, or national origin.” So technically it’s legally appropriate to refuse housing to someone based on their partisan standings… but does that make it morally correct?

It seems that segregation of people is fine in the world of liberalism if it consists of people with ideologies that are disagreeable by the selecting party. Sounds outdated and rather radical, doesn’t it?

Treat opposing viewpoints from outside parties as unwanted guests and you’ll never feel safe in your own house. Have open discussion and learn from others, even if the other person believes in things you’d spend your lifetime opposing.

Not every Trump supporter believes in everything he says. Not every Trump supporter is uneducated, racist or bigoted. Several friends I know voted for him, including my own father. Betrayal filled my body until it reached utter rage for several days. He doesn’t believe everything he says is good, but I didn’t know that until I talked to him about it. You need to learn to hear people out.

To quote Louis D Brandeis, “sunlight is said to be the best of disinfectants.” If you think someone’s views are skewed, let them have their platform and their words will expose themselves.

The Democratic Party is in utter shambles after Hillary fell in November. Democrats need to rethink their entire party and their entire ideology as a whole. The party needs to put what matters most to the forefront and stop withdrawing their blade for every battle they feel is worth fighting for.

The fact that the world came together to raise twenty-eight million dollars for the ACLU to temporarily bar Trump’s first Muslim ban is nothing short of beautiful. It was the most effective way to throw something successful back in the face of everyone since the election that said protesting does nothing. We can continue to donate and knowledgeably protest to reach any goal that can lead to achieving grand goals like this.

Fellow liberals, progressives, democrats: stop trying to win every little act of pettiness and join together to focus on the big picture. Winning the battle of policing how everyone should talk as to not offend people doesn’t help the war of the fact that the country elected an illegitimate president. This generation’s voice is the loudest and most vocal than ever before in history.