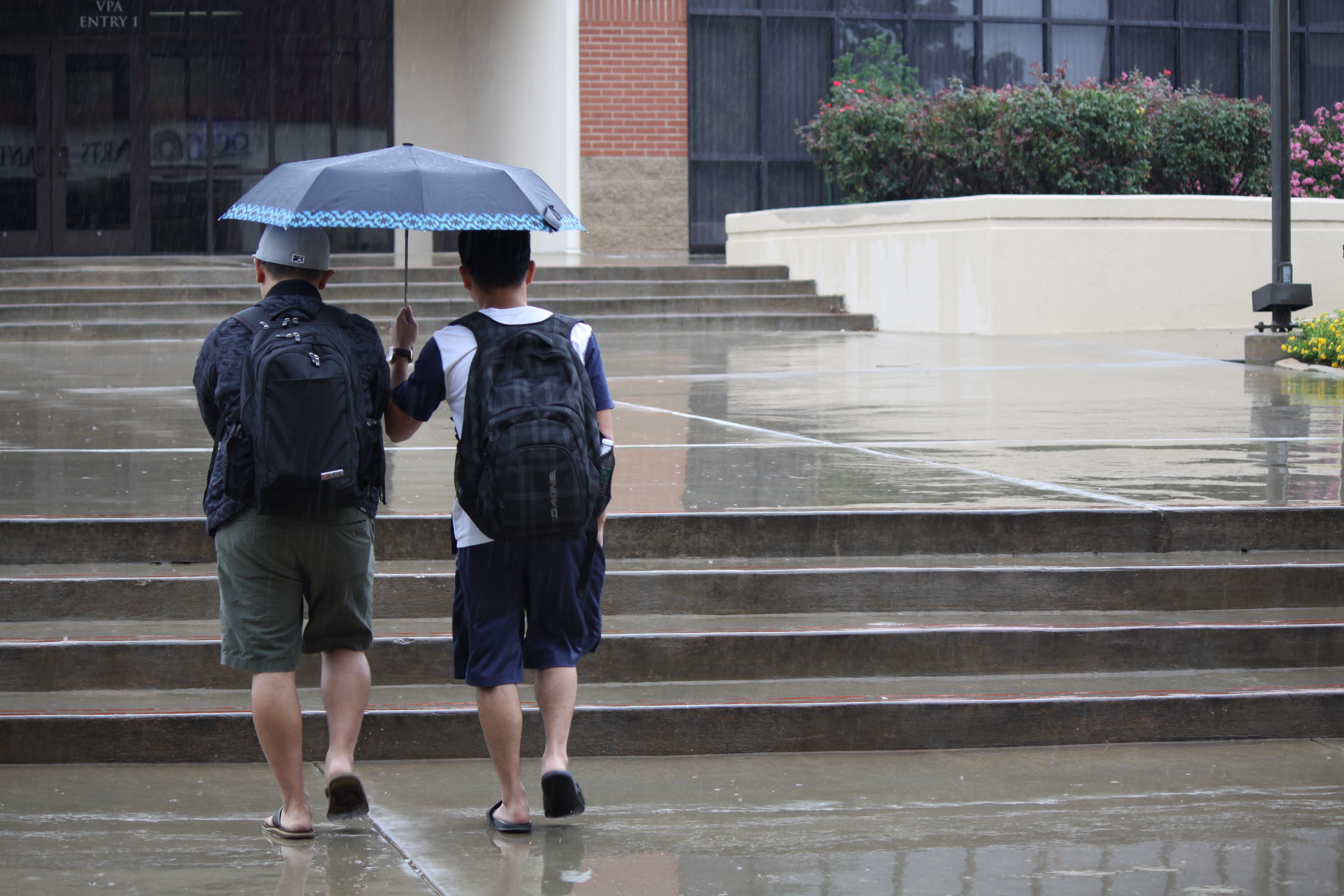 Hurricane Harvey, a Category 2 hurricane, has reached Corpus Christi, Texas, but coastal residents say they aren’t worried — at least not yet.

Jess Proffitt, of Aldine, TX, works North of Houston. Proffitt said she isn’t worried about the storm. “I’m fine,” she said. “The sky is a little dark, just rain last night, but that’s all so far.”

Proffitt said the news of the story has cause some people to panic. “Multiple gas stations have run out of gas,” she said. “There’s lines at every gas station, and banks to get cashed out, because people are worried about losing power.”

The National Oceanic Atmospheric Administration said Hurricane Harvey was traveling at an average speed of 39 mph, and is expected to last from today at 7a.m., until 7a.m. next Wednesday. Officials at NOAH urged coastal residents, including those around the hurricane’s path, to leave.

The Red Cross of Oklahoma stated in a press release how Oklahomans, and those who effected by hurricane Harvey can prepare:

The Red Cross said residents should prepare in three steps: create an emergency kit,  develop an evacuation plan, and stay informed on updates about the storm.

Robert West, a survivor of Hurricane Katrina, said Katrina blew over Mississippi at 6 a.m, but West’s family only received the tailend of the storm. “It turned, so we got the last end of it,” he said. “We boarded up our windows on the outside of the house.”

However, that wasn’t enough.

The hurricane, West said, tore half of his roof leaving his living room and kitchen open. He said after the roof flew off, his back porch was destroyed when a tree fell on it.

“It was terrible,” he said. West urged people to prepare for the storm.

“They better be prepared,” he said. “They better stock up on food (and be) prepared to not have electricity for a while.”

The Red Cross said the rainfall for Hurricane Harvey could reach seven inches and some places will see twice that amount.

With the Southwestern ports of Texas taking the strongest, Oklahoma, and northern parts of Texas, should see heavy rain.  Oklahomans who wish to help can donate $10 to the Red Cross website, volunteer, or call the organization’s 1-800 number.