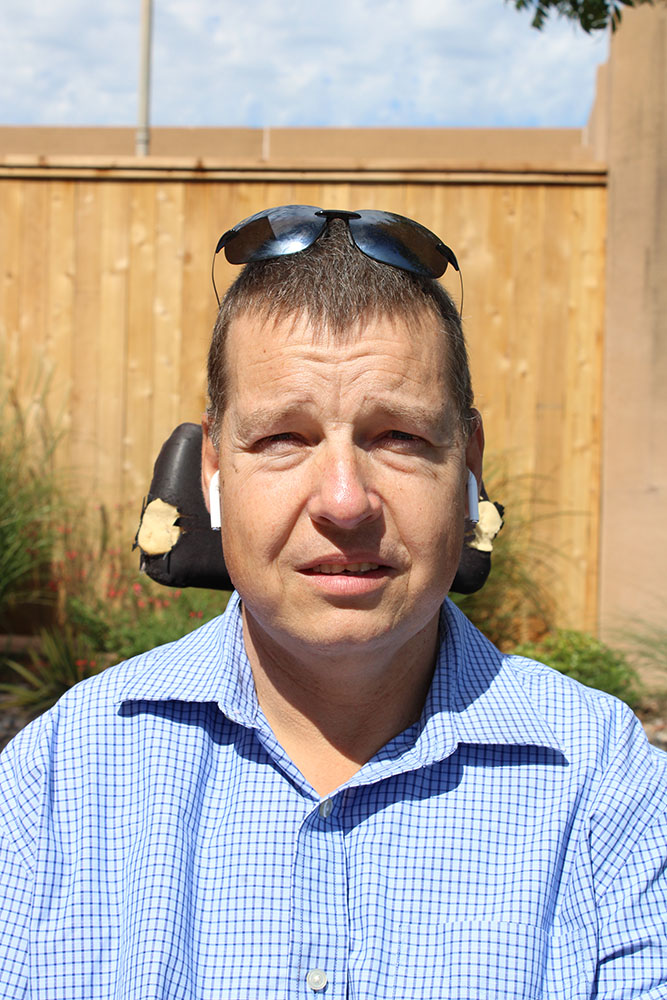 Randy Heitz graduated from OCCC in 1994 and was inducted into the OCCC Hall of Fame in 2014.

Heitz has worked in radio since he was 18 years old, and played a key role in helping to launch 107.7 The Franchise in

Walk me through your career arc after OCCC

Basically I started working in radio right out of high school. I started at KNOR when I was 18. After a year there, I went to WWLS which was 640 AM at the time. I was a producer’s assistant with some folks where I worked my way up to executive producer at WWLS. . . I left WWLS for a year to be the sports director at KNOR 1400 AM. After a year there I went back as executive producer for WWLS, which eventually turned into the Sports Animal, where I spent the next 18 years or so, before moving over to Tyler Media and 107.7 The Franchise where I am now assistant programming director and executive producer. That’s kind of where my career has taken me.

How did launching The Franchise come about?

Basically, I left WWLS in mid-July of 2013. Within three weeks later, we were hiring a staff and putting into place shows. When I got there Mike Steely and some of the old Sports Animal morning show had been hired on. Other than that, that was the only staff that was on board. We had to put together a staff of shows and get it ready to go because we are the flagship station for the University of Oklahoma. If we’re going to do a sports station, you don’t want to start midway through the football season, you want to start week one. We had to push back the launch twice, and we finally launched the week of the opening game. We got everything in place and it was just really interesting doing it. In this market you had television guys and you had radio guys, but people were tied up in different professions so we were going different avenues. Looking for former athletes, Tony Casillas a former all-american got on at the time. Kelly Gregg, who is still with us, he was somebody we brought on. I had dealt with him before as a guest when I worked for the Sports Animal. I knew he had a good personality and I had his number so I just gave him a call and said ‘hey, would you like to give this profession a shot?’ and he said ‘why not? It gets me out of the house,’ so it was kind of neat. When we launched, we knew the product we put on the air at the time was not going to be the product that it is now. . . When you put together something like that, in a perfect world it all works out 100 percent. For some people for one reason or another it didn’t work out and we had to go different ways so we did that. And now, it’s a very solid product and a very quality product. With the stability we’ve had in the last two and a half years you can see the momentum and the power shift in the market. It has really started to be seen with the listeners and the people you run into.

Two thirds of your afternoon drive time show are OCCC alumni, how important is it to you to reach back out to the OCCC community?

To be honest, you mention those two-thirds, Aaron Davis and Colby Daniels, are both former interns of mine. Colby Daniels interned with me at the Sports Animal. Aaron interned for the show you are talking about, the MMM Ranch, here at the Franchise. When I was at OCCC, Gwin Faulconer-Lippert was the professor and I had a very tight bond with her. In fact when I went into the OCCC Hall of Fame, she’s the one who nominated me. The one thing we always say eye to eye on was that you’re going to learn more at the radio station than you would in class. That’s not a slam to professors or anything, that’s just the way it is. The professional world is different than a textbook, and she was always on board with that. She would always come through and recommend students to me, and those were two of the guys that she pointed out as smart and guys who were really into sports and wanted to do radio for a living. That’s kind of where I’ve been at with OCCC interns. I’m always happy to give guys a chance, but it’s just whether they work out or not.