Repticon Shows the “Soft” Side of Snakes 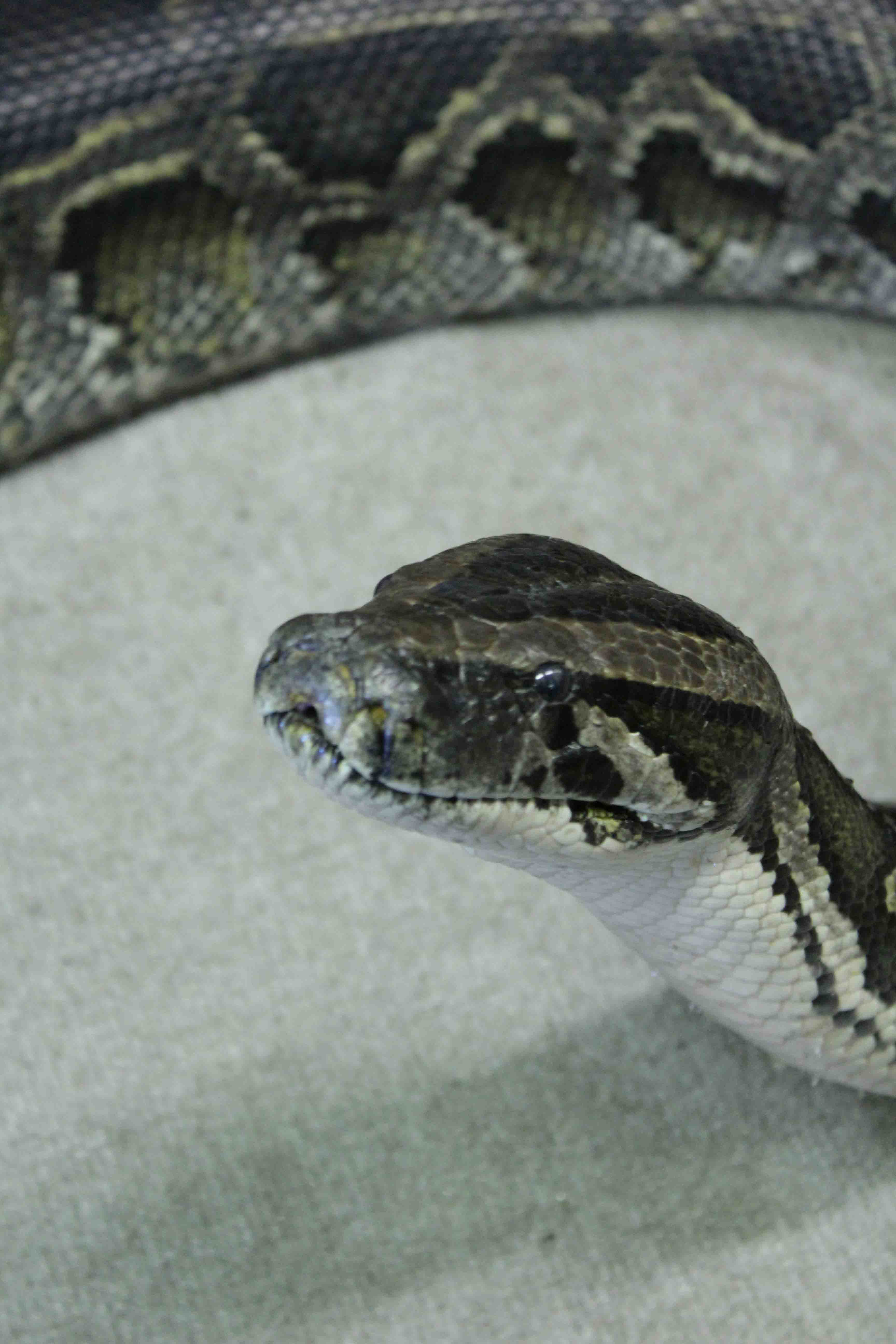 A quote heard a lot at Repticon at the State Fairgrounds this weekend.

Repticon is an exotic pet trade show, where breeders of different snakes, arthropods (spiders, centipede, millipedes, etc.), turtles and even a few prickly little hedgehogs.  Vendors set up shop for two days and sale almost anything a lover of these types of pets could want.

Mixed in with these vendors is the booth for Snakes Alive. This is where a young girl  was worried about to being eaten by the eight-foot-long 65-pound albino Burmese python named Betty White. 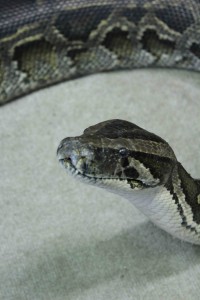 Arrow, a 15-foot, 200-pound Burmese python, was adopted out to his current owner back when he was a baby at around three-feet long. Snakes Alive is fostering him while the owner deal with a severe illness.

Mike Wilkins and Brittney Kilhoffer operate Snakes Alive and travel to functions like Repticon to lead seminars and adopt out animals they are caring for. Snakes Alive started taking in exotic pets that owners could no longer care for back in 1994.

“When we opened, we would get one call a week but now we get around 10,” Wilkins said.

Snakes Alive is in McLoud, but Mike is so dedicated to what he is doing to he will travel all over Oklahoma to pick up pets.

“Some days we will drive to Lawton and then Sand Springs,” Wilkins said. That is somewhere around 305 miles in a day.

“My son lost his beloved Red Tailed Boa, Oreo, about two years ago in a freak heating accident and he was devastated to the point that he still cries when he sees boas that remind him of Oreo.” Peggy Martin said.

At Repticon, Peggy found a Red Tailed Boa that looked like “Oreo” for her son.

“Mike Wilkins, the smile on my son’s face this morning was because of you! Thank you Mike and Brittany, both of you, for catapulting me to “Best Mom Ever Status” this morning! I loved seeing this boy smile seeing a boa again instead of tearing up! That smile and the reason behind it means the world to me!”

A Humane Society article said, “The majority of reptile owners keep their pets for less than one year. Some animals die due to poor care, while others, including unwanted snakes, may be intentionally released outdoors or escape from poorly secured cages.”

The article went on to say “(these animals) Require specialized expertise and care, many captive constrictor snakes end up suffering from starvation, dehydration, parasites, respiratory infections, mouth rot, and other symptoms of neglect, and there have been many cases of extreme cruelty to these snakes.

The Humane Society also warns against owning large constrictor snakes. Snakes seven and half feet and larger can be dangerous to humans.

“Most of the pets we get are from people that don’t understand how much work one of these pets can be,” Wilkins said. This leads to Snakes Alive taking in snakes, sugar glider, hedgehogs and any other exotic pets that finds itself in need of a new home.

Taking care of the animals can end up being expensive. Arrow, for example, cost $15 dollars a week to feed. Mike is currently working on getting the organization registered as non-profit to alleviate some of the financial burden but for now all funds come out of his pocket and any donations he receives.

Snakes Alive makes sure that anyone they adopted out to is knowledgeable and fulling willing to take on the responsibility. Mike said “we need to make sure that these animals are going to have a good home. We might ask to come check out the house or that you allow us to check in from time to time to make sure the animal is safe.” This seems like a fair compromise considering the adoption fees are at most $45 and they will under most circumstances give you everything that you need for the pet’s habitat.

Anyone in the market for an exotic pet needs to make sure they do the research, make an informed decision and then get in touch with Mike Wilkins.