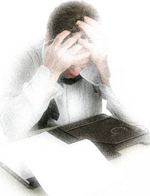 Markus Smith, political science professor at Oklahoma City Community College dropped another video on his Facebook page Recently in which he discussed in detail some of his experiences with what he calls OCCC’s bad work culture.

In the video, Smith gives specific examples of harassment and retaliation from OCCC administration against him. He said that he could give more than 20.

“In my documentation there are more than 20 examples, but for the purpose of time in this video I’m only going to go over seven, and I think they will make the point,” Smith said.

His examples include times where he believes his supervisor targeted and harassed him about morning office hours, his outside employment, keeping his office door open, keeping his suit jacket on, taking away his position of chair, denying him merit and even retaliating against him by denying his wife income.

“I took this as an attack,“ Smith said.

Smith did not name the supervisor who he said harassed and targeted him; however, he only had two direct supervisors in the Division of Social Sciences at the time of his complaints– former dean of Social Sciences Susan Tabor and current Vice President of Academic Affairs Kim Jameson, who served as interim dean of the division after Tabor retired according to college records.

He said that there are several faculty staff and employees who are depressed, stressed, have anxiety and are even on medication due to the punitive and retaliatory culture at OCCC.

“So much deja vu, so much OCCC PTSD,” Snyder said.

“This is why I have to be a voice,” Smith said.

Smith said there has been a history of OCCC Human Resources Department not doing anything about the bad bosses at OCCC.

There’ has been no adverse action taken against supervisors or administrators who’ve had grievances filed against them, he said.

Smith spoke out directly against OCCC’s Executive Director of Marketing and Public Relations, Erick Worrell, after Worrell claimed HR does their job exceptionally.

“My request for Worrell who speaks for the college is this: please be more sympathetic and considerate to those that have endured a lot of physical, emotional, spiritual, and mental pain,” Smith said.

Worrell commented on Smith’s video saying he is sorry that he minimized the seriousness of what Smith was trying to share.

“I’m really sorry about that, it wasn’t my intention and I hope you’ll forgive me,“ Worrell said.

Worrell is now speaking out as well about what he sees as changes that need to take place at OCCC, “I’ve seen some things that alarm me about what some consider ‘normal’ or ‘acceptable’ behavior, [at the college]” Worrell said.

He said he is learning and he hopes to use his voice and position to help bring about positive change.

“I’d like to do my part to build a culture where you, and I, and anyone else, can safely share concerns, where processes and policies are in place to protect the people speaking out and where we have a focus on making things better,” Worrell said.

Worrell said he owes it to everybody to help ensure that the next group of leaders know the right way to coexist. “Those who feel they have been mistreated, in the past (distant or recent) know I’m here to listen, to be an ally, to amplify your stories and ensure that unacceptable behavior isn’t accepted here ever again,” Worrell said.

Smith said it is his firm belief that real change will not take place until administrators who play a significant role in the perceived punitive and retaliatory culture are removed and replaced in an actual competitive national search for new leadership.

“Without these changes I believe we are perpetuating the culture, preserving the status quo,” Smith said.