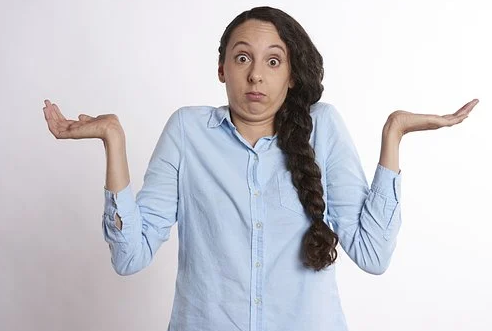 OCCC Political Science Professor Markus Smith released a second video of allegations against OCCC administration yesterday saying “the floodgates” have opened and many other faculty and staff have reached out to him with their own complaints about harassment, intimidation and discrimination from supervisors.

He also charged that the Executive Director of Marketing and Public Relations is tone deaf in saying the college’s Human Resources department was doing its job well.

Erick Worell, executive director of Marketing and Public Relations said Smith had every right to come forward about any mistreatment he feels he has received.

“Everyone on our campus – from HR to the deans and supervisors, to Professor Smith – deserves our support and respect. If Professor Smith wishes to publicly air his disagreements with individuals on our campus, it is his right to do so. There are hundreds of people who work on this campus every day, many of whom have never met Professor Smith – myself included – and wish him nothing but fairness and contentment in his work.”

Smith further discussed the “disconnect” he feels exists between the administration and the staff, and his gratitude he has for the support he has gotten in sharing his story.

“I need to really thank the Pioneer newspaper at OCCC for showing support to faculty staff and employees and for following up on my post in regards to this environment, this punitive and retaliatory culture that many of us perceive, that we have endured for years”

He said he was pleased at the response to his video.

“I don’t regret posting that video last week, because it did prompt others to come forward as well.”

Smith’s video comes on the heels of one he released Sept. 17 in which he said that in his eight years of employment at the college he has experienced hostility, harassment, intimidation and discrimination from the administration.

“I am posting this to notify you that I will be sharing and posting my personal journey and struggles at Oklahoma City Community College over the last eight years in particular.” he said in his first video.

At the time, Smith spoke to his audience on YouTube about his current wellbeing.

“I can tell you that I am not good, physically, mentally, emotionally, spiritually guys.”

Last week several current and former faculty members publicly shared their own stories of mistreatment in the workplace.

Among them was Angela Cotner, a current professor of English, and 17-year employee of OCCC.

She expressed her own hesitations with the grievance policy after experiencing what she claims to have been retaliation after filing a complaint against her supervisor.

“After my own experience several years ago with filing a grievance against a supervisor and then being further retaliated against, in the form of a negative performance evaluation, I concluded that OCCC policies and Human Resources would not protect me,” Cotner said.

Worell, who speaks for OCCC, said he believes HR is performing their job well, in an email to the Pioneer.

“…It’s HR’s job to investigate, interview and otherwise collect information to make determinations about any wrongdoing in our workplace, and we believe they do their jobs exceptionally well. We can’t comment on any specific claims, policies or personnel issues…,” Worell said.

In Smith’s second video, posted Mondy, he said he was offended by Worrell’s comments.

“When I read [what Worrell said], I took that as a slap in the face, not only for myself but also for the countless others who have also experienced what they perceive to be retaliation, harassment, discrimination, and a hostile work environment.”

Smith said  the college has received many complaints over the years and the volume of people coming forward is a testament to HR’s shortcomings in properly investigating claims.

“To come out and say that you believe that HR does their job exceptionally well, if that was the case, there wouldn’t be as many faculty, staff, and employees that have filed grievances with the college, and you wouldn’t see as many employees even to this day that are stepping forward…”

Smith said he stands behind the faculty coming forward with their own stories.

“I appreciate them, and I support them. I know they have to be courageous to do so.”