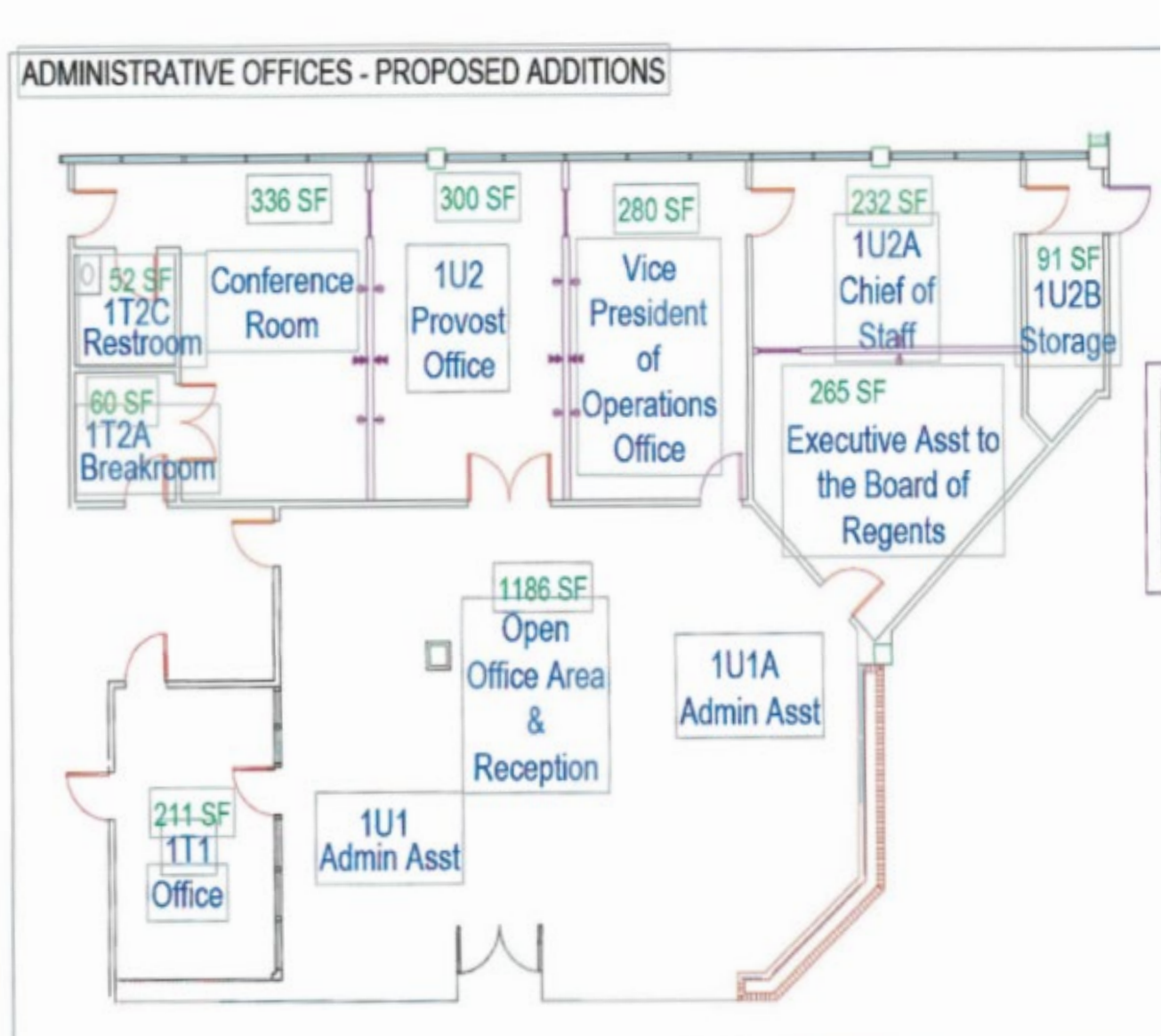 After the college spent nearly $800,000 on remodeling the former president Jerry Steward’s office, OCCC is seeking bids for more renovations of the space totaling an additional $69,000.

A joint email from OCCC Executive Vice President Danita Rose and Interim President Jeremy Thomas, stated that the near $1-million price tag that was paid for renovations ending in 2019 was for work done to an office that served only four people.

However the office space is now serving many more people and, as a result, more officeå space is needed inside the approximately 3,000 square-foot area.

Mostly the renovations will consist of walls and doors for the additional offices, but also includes tiling and installation of more electrical outlets.

“We’re moving people from other areas on campus into this suite, in part because we want to reposition those old offices as more Health Professions space. This is a good thing for everyone. We’re increasing the functionality of the space, opening it up to more people and using it more responsibly,” Rose said.

“We currently accommodate 13 people in the same space. We’ve centralized the leadership around the campus into one area, and we’ve split the former President’s office into three offices,” she said.

Rose further explained that part of the remodeling will split the president’s old office into two offices and that they’re updating the boardroom to be split into two, which will be available to faculty, staff, and students to book anytime that they need it.

“In other words, it’s being repurposed for better utilization and function, not renovated for any fashion or aesthetic reason,” Rose said.

Rose and Thomas said the college has a budget for buildings and maintenance, and that this project will be funded from that source.

There have been concerns from faculty and students about spending money on another renovation, after it was reported that Steward spent over $200,000 alone on furniture and furnishings for his office when he was the chief executive.

Rose said none of the remodeling money will go toward furnishings and that all furniture in the office is from Steward’s purchases.

“Most of the team now occupying the former President’s office suite brought their own furniture with them,” Rose said.

Furniture purchased during the previous renovations has been made available to surplus through the facilities management team, so other departments can claim various furniture pieces for their departments.

The project is expected to last until the end of Spring 2021, though the project is still in the bidding stage, as is required for state agencies such as OCCC.