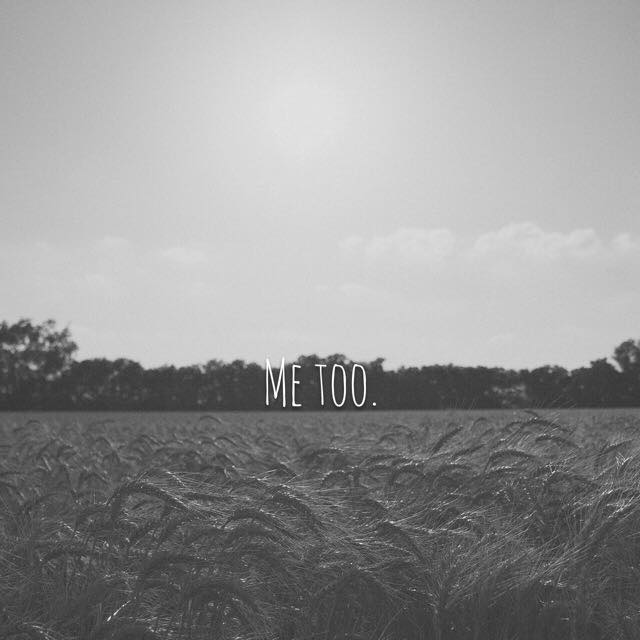 As a journalist, the stories you may tell will not always be easy to write about.

For about a week now, women have shared their stories of being victimized with the hashtag “Me Too.”

I’ve heard stories from a preacher, my friends, my role models and from people of all genders. This hashtag has made talking about sexual assault so much easier, because it allows the writer to tell their story or not.

They don’t have to say anything at all, all they had to write was “me too.”

I also used the hashtag, but I wasn’t quite ready to tell my stories. My mind was filled with questions like: Which story should I chose? And would it be easy to write about?

One story I think in particular could be used as a tool to validate, or inform others about the many variations of sexual assault is my story about statutory rape.

I’ve seen this stigma surrounding this particular issue make victims of statutory rape, including me, seem as though it would be consensual despite age. This is inaccurate for several reasons.

In my opinion, the victim is exactly what they’re labeled as: a victim, a survivor.

Rape, I want to say, should never be a litmus test as to whether or not the attack was valid, this is victim blaming. Victim blaming, to my understanding,  is when a person who heard a victim’s story considers all other details of what may have caused the attack other than the actual rape itself.

To me this is caused by people telling boys, and some men ”boys will be boys” encouraging them to gawk at women they find attractive. They believe women are “hot,” and want to be looked at, talked to or touched

In the case of statutory rape people have said to me “she was old enough to consent.” However, we don’t focus on the rapist who was much older.

Of course there are examples of statutory rape in which young teens lie about their age and the older person is under the impression the person is older. I think that is a case by case issue.

With that being said, this blog is about the victims of intentional statutory rape.

Moving to my mother’s home in Oklahoma from my evangelical strict grandmother gave me a sense of freedom. I wore shorts, skirts, and walked around with my friends after dark.

For a 13-year-old I was very independent, not forgetting the lessons of self control my grandmother taught me as a young girl about maintaining an “adult” life.

My mom encouraged this behavior with the idea it’s healthy for teenagers to feel a sense of control in their own lives. Her goal was to not restrict me to an extent, so I would be less likely to rebel.

She had small get togethers with close friends and family. We would play poker, and listen to the songs that made older folks say, “What you know about that?”

I grew fond of the older men who were young to me, but too old to be alone with.

One man I was fond of was a person everyone liked. He was funny, and was the perfect uncle to not just me but my sisters, and cousins. He was the type of person my mom could trust with anything.

Except her underage daughter.

As a person who struggled with parental inconsistency for the first half of my life I sought a close personal relationship with people, and would at times misinterpret the relationship as something more.

I’m aware this is destructive behavior as an adult, but it seemed my adult figures couldn’t connect the dots. I don’t want to blame other people, but at some point you have to wonder in statutory rape cases what did the adults do?

My mother had a habit of allowing people she felt sorry for to stay at her house, so it was still the case when I turned 15. The man who she let stay with us was the trusted uncle.

He was again someone she trusted. He payed the bills, gave her advice about men, so he stayed with us for awhile. He was so trustworthy he was allowed to stay in my room.

I remember asking him time and time again to be with me romantically, I wanted a real relationship with him. I was a young girl who sought a male figure in my life who was mature.

The young men I dated couldn’t be as dependable, and trustworthy with my emotions as my uncle. So we began what I considered a relationship, despite the 10 to 15 year age gap.

I knew the relationship was wrong, I knew I was young. He did too. He made sure nothing would expose him.

However, as an adult looking back at the several times we were intimate I questioned why he didn’t be a responsible adult and tell me no.

As an adult, almost his age, I wouldn’t think of dating an underage kid when there are men my age.

People argue “Boys will be boys,”  when I explain this, they argue a man with temptation is likely to give in.

However, I disagree. I asked a man who was a family friend to be in a relationship with me. I told him I wanted a relationship romantically, and he told me no. He said I was too young and to focus on school.

So I don’t think all men are prone to being sexually deviant or predators because they “can’t control themselves.” I think people make choices that ultimately define their character.

Wiki Geek Feminism describes toxic masculinity as the idea that masculinity means being violent, unemotional and sexually aggressive. I think this has plagued all people who consider themselves masculine.

When it comes to being a victim of statutory rape, I’m not alone.

Rape Abuse and Incest National Network, RAINN, is in partnership with more than 1,000 local sexual assault service providers across the country and operates the DoD Safe Helpline for the Department of Defense, reported 93 percent of juvenile victims knew the perpetrator, 34 percent considered the rapist to be family.

People argue that because I was 15, and was willing that this is not rape. It is.

“A child cannot consent to any form of sexual activity, period,” RAINN shows. “When a perpetrator engages with a child this way, they are committing a crime that can have lasting effects on the victim for years.”

RAINN considers any age under 18 to be a child, and NPR’s Tell Me More with Neuroscientist Tony Cox, illustrates the human brain does not mature until 25.

I was ten years away from peak maturity, and people expected me to be able to rationally consent to having a sexual relationship with a 30 year old. Its unrealistic.

RAINN explained children are groomed to having sex with people they know. In my case he made me feel important, he filled the void I wanted him to. The difference being I couldn’t fathom the idea of having a deep rooted family issue, but he could.

To put things in perspective, I was barely transitioning from middle school when I decided to ask him. He was there when the family needed him, and he was there to hold me when I ran home from being bullied.

He was there in the way a parent should have been, but he wasn’t a parent. He was a 30-year- old single man who wanted to have an experience.

“They might tell the child that the activity is normal or that they enjoyed it,” RAINN illustrates in their Child Abuse section. I was under the impression this relationship was normal, until I was 20 and confessed the unhealthy relationship to my now husband.

Emotions from the time I was 15 were bottled up because I was afraid he would get in trouble; However, I now believe he should.

Rape victims are afraid to tell their stories because we don’t have time to argue about the nitty gritty, we want to move on emotionally, and physically. We want to be “normal.”

So I unfortunately have to write “me too” on social media in hopes others with similar stories can relate, and find help.

For those looking for resources please call RAINN’s 24/7 confidential hotline at 800-565-HOPE. They say they can help you in a discrete way if you prefer, at any point in your recovery.

If you prefer not to talk over the phone RAINN has a website which you can find on search engines by looking up their name. For those who want to assist victims of rape please volunteer or intern with RAINN, they have several career opportunities for people who have empathetic hearts.

Though rape is hard to talk about, and hard to believe for some, I believe it’s an epidemic which can be combatted by changing our rhetoric in society.

Stop saying “boys will be boys.” Men are not naturally aggressive in most cases, and shouldn’t be subject to believing their actions are okay if they are aggressive.

Sexual assault, according to Planned Parenthood an organization that provides sexual health care in the United States and globally, affects one in five women and one in seven men.

Planned Parenthood says a person who wishes to help a another who has dealt with rape or was recently raped should listen to what the victim has to say, encourage them to seek help, and believe them.

This sounds easy, but with the rhetoric, by even our president,surrounding victims of rape today I think it is essential to listen to victims of heinous crimes to prevent others from living the same fate.

That is why I decided to share my story, in order to illustrate the hoops survivors have to go through to prove their case and to show sexual assault comes in different forms.

If you have read this and want to take anything away it should be this: the change starts with you.