Giving thanks for bar hopping 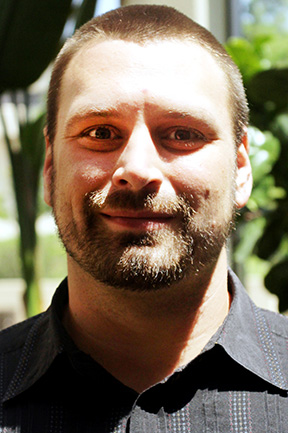 Thanksgiving’s come and gone again. For many of us it was a typical match to everyone else’s. We all over-ate the same foods, watched the same stuff on TV, engaged in the same rituals and it was generally the same as it was in years before.

For many, Thanksgiving is a gathering of relatives we’ve purposely avoided the rest of the year. It’s a practice in self-restraint; avoiding those inevitable, toxic debates over public policy, football, parenting and career paths.

It’s that awkwardly strained trip around the table in which everyone takes turns saying what they’re thankful for while the rest look on in silent, seething judgment.

We desperately hope someone gets the courage to pour themselves the first drink that allows the rest of us to start enjoying ourselves without looking like some black sheep rabble-rouser in front of grandma.

It’s not that I don’t love a day long, extended family gathering or anything. It’s just that when I was young and single (so long ago), I stumbled upon a little-known hack to the recurring tradition of Thanksgiving. It was such a glorious thing that it changed the way I’d see Thanksgiving forever.

I didn’t have any family. What I had instead was a devout drinking buddy, a little bit of money and a powerful thirst. When all of our friends left town for their family stuff, my buddy and I did a little bit of bar hopping.

The first spot we hit was a frequent favorite; a lowly dive but a sizeable one. It was a place with a rotation of regulars. Many of them were daily patrons, some of them all-day patrons. Though it was a small town, they were people you’d never see outside of the bar because for them there was no outside of a bar. We’d never before seen all these people in the place at once though.

When we came through the saloon doors, the smoke was so thick it stung our eyes. The jukebox that we’d never before realized to be in working order was blaring Bob Wills and the usually downtrodden, grizzled faces of the town’s hardest luck stories were now smiling up at us from all over the place with rosy-cheeked cheer. Their heads bopped happily to the music. Men we’d never seen walk straight danced and twirled around the pool tables. Others stood with plates at a line of tables. They went from pan to pan and crockpot to crockpot, piling their plates high with delicacies brought proudly by the bar’s other patrons.

We realized all at once that we had indeed shown up to a family gathering, only it was a family made up of people who didn’t really have anyone but the other regulars at the bar.

They welcomed us in warmly and lovingly.

“Get some food,” they implored.

We had tamales and meatballs and stuffed jalapenos and a glorious hodgepodge of other things for which there are no real names; things we liked and things that made our mouths water like bitter, can shaped, cranberry goo and giant, dried out birds never had.

We ate until our stomachs hurt and we drank (with the full support of those around us) until our cheeks were as rosy as anyone else’s. When we left, these people who were strangers to us were genuinely sad to see us go. It felt quite different than the more traditional Thanksgiving experiences I’d had.

We went from there to another local dive and again the place was full and welcoming. We sang “Alice’s Restaurant” alongside slurring strangers who made us sandwiches and heaped our plates with potato salads and ribs in spite of our most honest declinations. Again we ate till it hurt and then drank till nothing could hurt us at all. We went from there to another bar and had more of the same. After that…there’s no real telling what happened after that.

It was a night worth giving thanks for. Throughout, there had been a love so unconditional that it didn’t matter whether we knew these people at all. There was not an ounce of judgement cast upon a single other person that night no matter how crazed, how silly, how poor or how far off the beaten path any of us might be. All of these people; all of us, were in the same situation.

Barhopping on holidays at once became a tradition for me. It was one I shared with my wife and the family who’d been so gracious to accept me as their own. Once the kids came along though, the bar tradition was no longer sustainable and our Thanksgivings lean now more towards the more commonplace celebrations.

I love my new traditions but if I’m being honest, I miss the old one and I miss the people. And when I’m sitting at the in-law’s nice, polished table, with the nervous eyes of everyone bearing down on me in fear that I’ll get too radical with my “here’s what I’m thankful for” moment, I’m secretly thinking about sneaking off to the nearest Legion Hall or Hitchin’ Post or Hideaway or whatever it’s called to make some new friends and give some thanks with that side of my family.