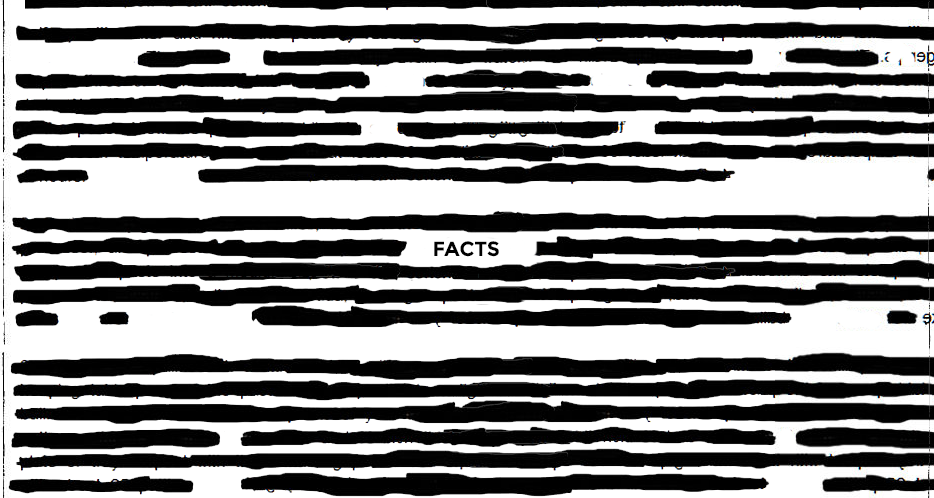 The stage is set. Inauguration Day 2017. President-elect Donald Trump rides into Washington DC on a purple dragon, milly rocks to the podium, places his hand on the Bible and is given instructions to recite the nine original members of the Wu-Tang Clan before he is sworn in as the 45th president.

This is, of course, 100 percent false. These are essentially “alternative facts,” a phrase that the Counselor for the President Kellyanne Conway coined last Sunday morning on MSNBC’s Meet the Press program. She used the phrase to back up the several blatant falsehoods the new White House Press Secretary, Sean Spicer, disclosed in his first official remarks to the press.

Monday was scheduled to be the first official press briefing, but Spicer gathered a room to briefly discuss press discussions of the past 24 hours post-Inauguration Day.

Spicer went on to denounce any accusation that there was a more conservative (pun intended) turnout to the swearing in of Donald Trump and that “this was the largest audience to ever witness an inauguration — period — both in person and around the globe.”

This is contradicting any and all available data on the event.

Floor coverings were used in the 2013 inauguration of Barack Obama, while Spicer claimed that the 2017 inauguration was the “first time in our nation’s history that floor coverings to protect the grass on the Mall. That had the effect of highlighting any areas where people were not standing, while in years past the grass eliminated this visual.”

The National Park Service, who oversees the National Mall where the inauguration takes place, doesn’t offer estimates of crowd sizes.However, several other news outlets wrote that it is difficult to accurately gauge attendance in an outdoor venue. All that is available are rough estimates circling around 160,000 to even as high as 600,000, reported by PolitiFact.

The photographs heavily contradict this claim. This would give Trump an approximate number of 720,000, in the least. Trump at his CIA meeting on Jan. 21st touted a claim—if you can believe with no evidence—that 1.5 million individuals filled the National Mall.

Spicer tried to again rebuke this by saying that photos of the inauguration crowd were “intentionally framed” to not show the full scope of the crowd, even with photos and video from all angles proving the estimated slump in crowd attendance to be accurate.

In her Meet the Press interview, Conway said that, “I don’t think you can prove those numbers one way or the other. There’s no way to really quantify crowds. We all know that. You can laugh at me all you want.”

She is completely ignorant of the fact (real fact, not alternative fact) that crowd scientists exist and it’s their job to quantify crowds via stills or video.

This goes to show that the Trump administration is deliberately trying to put out their own version of the truth and will chastise any news outlet that questions them.

Spicer stated 420,000 people used the D.C. Metro on inauguration day but the Washington Post refuted this by reporting that data from the Metro showed that “570,557 trips were in the system because its early 4 a.m. Friday opening through midnight closing.” This is significantly lower than the estimated 782,000 Metro trips on Obama’s 2013 inaugural.

Conway went on to say that Spicer “gave alternative facts” about the crowd attendance, to the visible shock of Meet The Press’ Chuck Todd. Todd followed up Conway’s statement saying, “alternative facts are not facts. They’re falsehoods.” Conway swiftly changed the subject (as she is known to do) to poverty rate amongst women, adding that these are the issues that the press corps will be covering.

Yet the very first press meeting with Spicer was over the most minuscule and most petty thing they could have addressed at the time. They didn’t address the incredible turnout of the Women’s March that more than tripled the Inaugural outpour only 24 hours prior.

The Trump Administration sent Spicer out to denounce an estimation because the current President couldn’t stand the fact that all the major news outlets were reporting the low estimated numbers.

The only truth that Spicer could scream about was of a Time magazine journalist falsely claiming a bust of Martin Luther King, Jr. was removed from the Oval Office. Zeke Miller, the Time journalist, retracted his statement and corrected it minutes later. Spicer even accepted his apology, but that didn’t stop Trump from using the incident as more ammo to support the claim that the “dishonest media” was after him.

Miller sent out more than a dozen tweets correcting his mistake. Spicer properly used this as a time to remind the dangers of “tweet first check facts later.”

On occasion, journalists —  in a constant race to be the first to break a story — have made mistakes. This includes not checking the sources correctly or not checking with enough sources before publishing a claim. However, journalism ethics require that the error be acknowledged and corrected as soon as possible.

As journalists, we have the responsibility of publishing the truth. Our job requires us to  use our voice to properly and accurately report the news, no matter what anyone in power thinks of the actual facts.

These first few days of the Trump administration already have journalists and reporters combing through the details and making us weary of anything The White House says. We have another job of questioning everything—even more so than usual.

“If we’re going to keep referring to our press secretary in those types of terms, I think that we’re going to have to rethink our relationship here,” Conway slyly threatened Chuck Todd.

Conway should understand that the nation’s journalists will continue to hold the Trump Administration to the facts — and not the “alternative facts,” which have no basis or time running in the news cycle.