Enrollment numbers up by 17.7 percent over last year 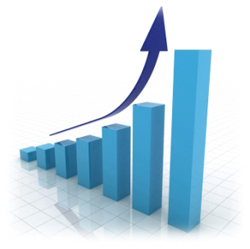 OCCC has experienced a record-breaking summer enrollment, due in part to an increase in adult students and those taking developmental classes.

The college headcount is expected to come in at 6,682 students enrolled for the 2010 summer semester, said Stu Harvey, Planning and Research executive director.

Harvey said that is a 17.7 percent increase compared to 5,679 summer students who were in enrolled in 2009.

Developmental classes, such as College Writing I and College Prep Math I, have taken the brunt of the student surge.

There are many things that can be attributed to the high number of remedial students, Harvey said.

“Some students may be returning to school after a long period of time to brush up their skills or are coming academically unprepared out of high school,” he said.

Harvey said general education courses such as English, history and college algebra also have experienced a large growth in summer enrollment as more students are trying to keep on track to graduate.

“I’m wanting to get my credits out of the way much sooner so I can move on with my life,” Diaz said.

“So I’m wanting to get my general education requirements out of the way.”

“It’s better to get this out of the way now rather than later,” Yanez said.

The soft employment market has contributed to the spike in summer enrollment, Harvey said, however, the value of education is the most relevant trend.

“People are thinking twice about leaving their education because there is a perceived value of having one,” he said.

Unemployment in Oklahoma has stayed lower than the national rate, Harvey said, but has still grown significantly during the past two years.

The likelihood of having a career with a college education prompted Melissa Helms, sociology major, to stay ahead in the summer.

“Jobs are still widely available in Oklahoma, but in other states the standards for employment have been raised and employers are expecting more from workers,” Helms said. “I’m just wanting to be prepared.”