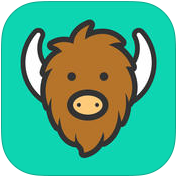 One app which I want to introduce to you is called YikYak, has been under a lot of scrutiny lately.

The app allows people who are in the same area to post anonymously to a forum.

This is the Internet, so allowing anonymity has brought on hateful comments towards minorities, women, and the LGBTQ community.

However, schools seem not to be tolerating the threats.

The comments are so bad that many colleges have blocked the app on their wi-fi.

The app is estimated to have 3.6 million monthly users, the majority of whom are college students.

I downloaded the app after hearing stories about these threats being made at other campuses.

Thankfully, I have not seen any threats made on the app.

In fact if there were, the entire 12 users at OCCC would probably not even see such a threat.

At OCCC, a YikYak post has maybe three upvotes.

Where is the turn-out?

Have OCCC students not heard of the app?

There is usually only a post about every 24 hours.

Typically, it is something sort of funny and college related— complaining about students in pajamas, 8 a.m. class, or being hungover.

I would really not advise anyone to post to a public forum on an app that tracks your location about doing something illegal.

Anyway, OCCC needs to either up its YikYak game within the next week or I am definitely not keeping the app.