2020 was full of large changes at OCCC 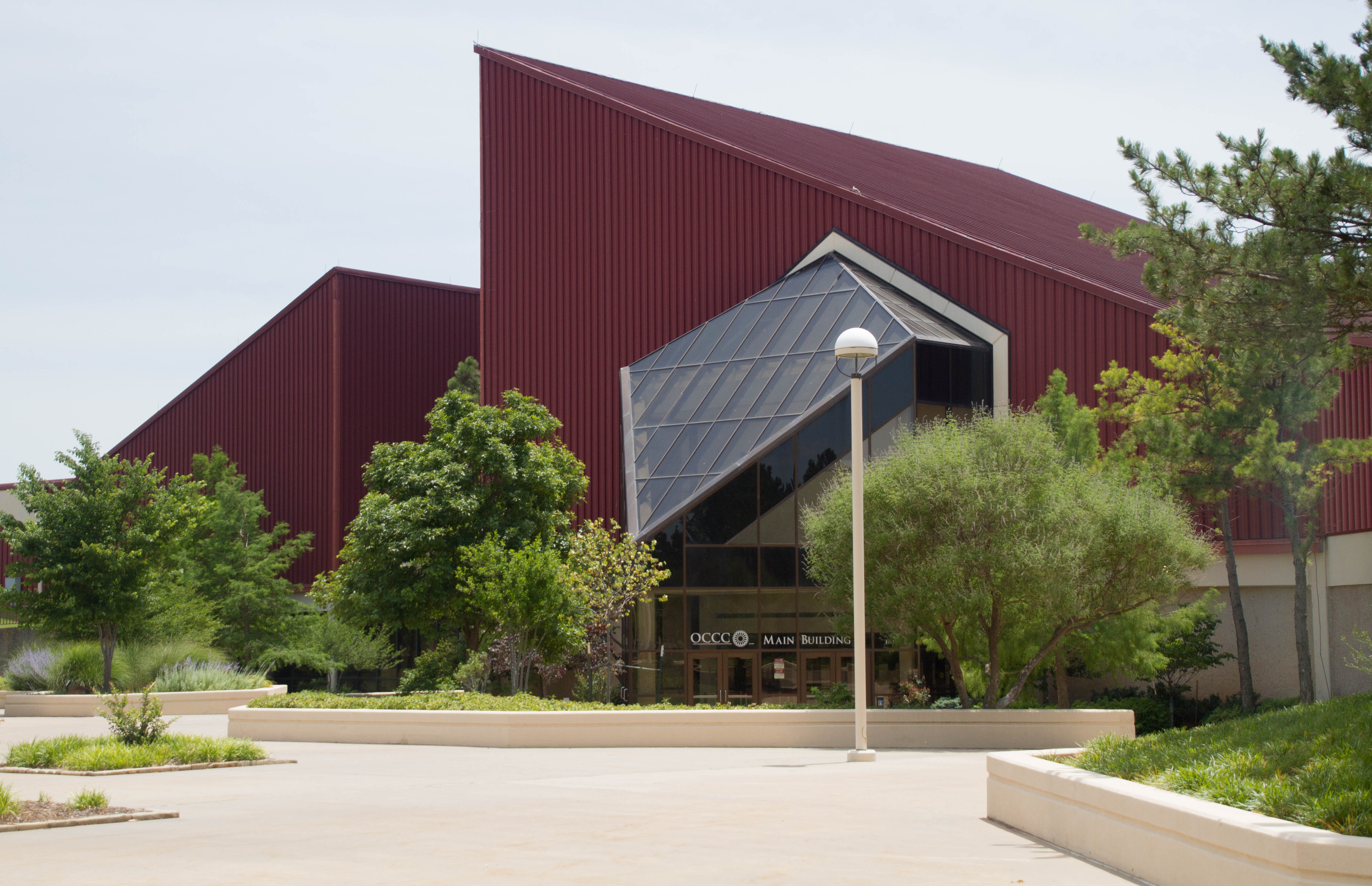 For some, this was their best year to date. For others, the end of this sketchy roller coaster could not come soon enough. No matter where the OCCC community stands, most would agree that this year has been universally BIG. Big change, big growth, and big news.

For most, it is hard to imagine a time where COVID-19 was not a part of their daily lives. In January, the OCCC community was ready to welcome a new year, a new decade, together.

When the Pioneer reached out to the OCCC community for their feelings about COVID-19 then, there had been no reported cases in the state, and zero reported deaths in the nation. The topic of the novel disease was a point of discussion in classrooms, but not yet a daily presence in students’ or employees’ lives.

“The Coronavirus can’t kill me if I drink Modelo,” Cameron Tripp, OCCC graduate said, cracking a smile in the early weeks of February.

When students left for spring break in March, they had no idea that would be the last time they would see their classmates, their professors, and their classrooms on campus for the rest of the year, and the foreseeable future.

Due to the nature of the virus’ development, students, faculty and staff were often given very short notice about drastic changes in class structure. Uncertainty and panic was reported campus wide.

With most OCCC classes still adjusting to the new 8-week formats, adding exclusively online curriculum forced upon them put a second strain on student’s studies.

“When I found out classes were going online, I panicked, and I got in touch with my adviser and let her know that I was not going to be completing the courses,” Morgan Cusack, psychology, said.

The college switched to using Zoom as a virtual space where students and professors met, instead of classrooms, and they attempted to provide some connection in the new socially-distant educational experience.

“COVID-19 has a mantra, ‘We will get through this together,’ and it rings true for OCCC,” Student Success Adviser Shara Hendricks said.

“I don’t get it. I can only take two classes each period, and they have to be [eight weeks]. And each class period is going to be maybe 3 hours long. That’s the opposite of being flexible,” Tony Boyd, undeclared, said when the “8 is Great” campaign was first announced.

However within 16 weeks, some students learned to make the shorter classes work within their specific degree plans.

“When the news about the 8-week transition first came out, I wasn’t completely for it,” Isabel Silva, nursing, said. “I’ve since grown to really enjoy them, but when I first heard, I was really worried about how hard classes would be and how much information would be skipped,” she said.

Students were not the only ones on campus struggling to keep up with this structure of classes.

Faculty also were at times overwhelmed. “I do not feel that a lot of faculty who are pretty much begging for there to be some 16-week options for all of our courses are being given any attention at all…” a faculty member said in a November Faculty Association meeting.

Faculty also said administration’s commitment to require most classes be only 8-weeks, despite student and faculty concerns, was worrisome.

“I feel [administrators] stuck the stake in the ground and are saying ‘We’re not moving’ even though [faculty] are the subject experts,” another faculty member told OCCC Regent Raul Font.

There also were concerns from students about how these classes will be received by universities they are in hopes of transferring to.

“What if the school I want to finish my degree at doesn’t want to accept this rushed and condensed curriculum as up to their standard?” a student worker who said they needed to remain anonymous said.

“And if they do accept it, will I be less prepared than the others in my class?”

While the majority of students were away from campus this year, the new OCCC Marketing team was hard at work redesigning and updating a multitude of aspects of the college into spaces the students could feel proud of and feel at home in.

“We have a great college, but what can marketing do to facilitate the ‘community’ part of our community college?” Executive Creative Director Erick Worrell said.

“Our plan – already underway – is to revitalize our spaces, breathe life and color and energy into them, and create spaces for communities to thrive.”

Already in full function, the team rebranded the cafeteria on campus and named it “The Wheelhouse,” also giving it a new look, a new chef, and an entirely new menu.

Plans are also in progress to rebrand both the coffee shop and the bookstore in early 2021.

In terms of the “vibe” of OCCC, Worrell and his team have a plan for that, too. OCCC will have a new mantra, rolling into 2021. “Whoever you are and whomever you love, wherever you’ve been and wherever you’re going, you’re welcome here.”

“We wanted something that spoke to this new era we’re entering, something progressive, inclusive and welcoming, that sets a tone for what kind of people we are and what kind of students we want to usher out into the world. If our mission statement is what we do, our mantra is how,” Worrell said.

Arguably the largest internal development of 2020 came as a progressive change in culture within the dynamics between OCCC faculty and staff, and the administration.

Although some employees are satisfied with the attempts the college is making to change the environment of the workplace, in result of their outcry, many have said they are still not feeling heard, and are hurt that it has gotten to the point that it has.

The start of this movement began with Professor of Political Sciences Markus Smith.

In a now locally viral YouTube video, Smith shared what he calls in the title of the video his “Journey and Struggles at Oklahoma City Community College.”

The 5-minute clip published Sept. 17 briefly highlighted various claims of discrimination and harassment Smith said he received in his time of employment at OCCC.

Although he said he was confident in the importance of sharing his story, Smith said he did worry that he would be fired for speaking out against an alleged culture of fear and intimidation on campus.

“They cannot hold my employment over my head to keep me quiet. I have been quiet far too long,” Smith said in the video.

This video was very well received among faculty and staff. In less than one day after post, a flood of employees came forward in support of Smith to share their own experiences of claimed wrongful treatment by OCCC administration.

Brent Noel, a former OCCC professor of Theatre and department chair said enduring the harassment he claimed to receive from his dean led him to be confronted with a new strain on his mental health. His dean at the time he left the college was Arts English and Humanities Dean Thomas Harrison.

“I had to go on anti-anxiety medication for the first time in my life. I wasn’t able to do what I was hired to do” Noel said in an interview with the Pioneer.

A recurring theme among complaints from faculty was concern with the grievance policy that, originally, was put in place to hold administration accountable to their employees. However, many claimed that this policy not only falls short on offering protection, but actually put those who file at risk.

Angela Cotner, professor of English, current 17-year employee of OCCC, and former Faculty Association Chair said utilizing the policy seemed to put a target on her back.

“After my own experience several years ago with filing a grievance against a supervisor and then being further retaliated against, in the form of a negative performance evaluation, I concluded that OCCC policies and Human Resources would not protect me,” she said.

Cotner said many other faculty members had to remain silent and not file complaints against their supervisor in fear of the same difficulties.

“I have seen too many of my colleagues resign instead of fight for their jobs against an offending supervisor because they did not have the money for a lawsuit or did not have the emotional energy to fight the school,” she said.

With the focus of these claims mostly narrowing down to a few key members of the administration and human resources, the Faculty Association joined together Sept. 22 to pass the 2020-2021 Resolutions to the Board of Regents.

“The faculty has been wounded and these wounds have gone uncared for,” a Faculty Association member who asked to remain anonymous said.

In the resolution sent to the OCCC Board of Regents, the Faculty Association asked for national search committees for permanent replacements of administrative positions (as opposed to appointments); a more consistent and direct line of communication between the association and the regents, separate of administration; question and answer sessions upon new or changing policies; accountability for the OCCC president, and others.

In listening to the concerns, newly installed Chief or Staff Danita Rose said she was willing to do whatever needs to happen to reverse that damage and gain the faculty’s trust back.

“With all my heart, I feel that we have a great opportunity ahead of us, and I want to be useful and ready. I am asking you to give us the opportunity to do that,” Rose said during an Oct. 9 listening session.

President Jerry Steward first announced he would step down in July 2021, but with one week left in the fall semester, he told the regents, he would leave leadership and the college Jan. 1, 2021.

However, in a quick change of events, Gardner withdrew himself from this role, and was installed into a new behind-the-scenes position as vice president of Operations Oct. 22.

Some saw Garner’s reassignment as a necessary action to see the culture at OCCC improve.

“Our campus needs repairs; our culture needs to change, our technology needs to update, and our brand has to move forward,” Rose said.