Writer says there are no bad words 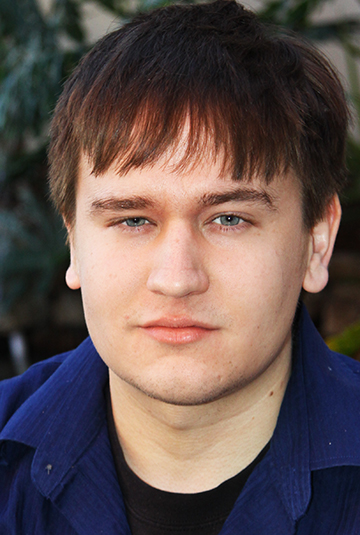 Most parents teach their children to not say curse words. They do this for many reasons but typically it’s so the child will fit better into society.

But therein lies the problem. Nobody truly knows why society is opposed to certain words.

The late Comedian George Carlin summed it up in his infamous ‘7 Dirty Words’ routine.

“That’s about the only thing that you can really say about them for sure,” Carlin said. “That there are just some words — not many, either, just a few — that we’ve decided, ‘Well, we won’t use them all the time.’”

Curse words can arouse a response in people, from anger to happiness to fear, so perhaps it’s the power one can wield by using a curse word that worries people. But the truth is — curse words only have that power because they are taboo. Censoring four-letter nonsense words, however, has no justification and people should never follow a rule that has no purpose.

Others say the Bible prohibits swearing. It doesn’t. The Bible is very vague about language. The few verses that do restrict speech only instruct people not to blaspheme.

Aside from that, the Bible really just tells people not to use speech to be mean to one another or to lie. This has nothing to do with which specific words we use. For instance, compare “Your hair is awful!” to “Your hair is f—— great!” The religion argument just does not work.

If someone chooses not to curse, that is fine, but there is no reason to judge other people for which words they choose to use. Any word has the potential to be offensive. We never know when we’ll stumble upon someone’s hot button word. We can never be sure we won’t offend someone.

What we can choose, is what offends us. We can choose to ignore what we hear if we disagree with it.

Even experts agree cursing is not really an issue.

“Swearing can occur with any emotion and yield positive or negative outcomes,” concludes a study posted at www.psychologicalscience.org.

“Our work so far suggests that most uses of swear words are not problematic.

We know this because we have recorded over 10,000 episodes of public swearing by children and adults, and rarely have we witnessed negative consequences. We have never seen public swearing lead to physical violence. Most public uses of taboo words are not in anger; they are innocuous or produce positive consequences (e.g., humor elicitation),”

Imagine if tomorrow there were no more censorship against certain words, and television and radio had the F-word and the S-word in abundance across every channel. How long would it take before everyone got used to it? One week? Three days?

If everyone in the world began to curse on a regular basis, the planet would not explode.

In fact, I would wager almost nothing would happen at all — except maybe America and the world, would finally genuinely be a place where people can say whatever they want.

It’s time to end this ridiculous tradition. People need to trust their own intellects and shake off the brainwashing of their youth.

Eventually, humanity will be forced to look in the mirror and ask, “Why did we ever care about cursing?”