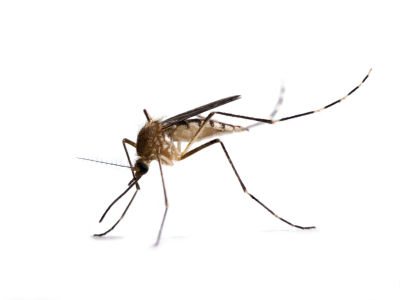 With more than 80 percent of West Nile virus cases reported from six states (California, Louisiana, Mississippi, Oklahoma, South Dakota and Texas), Oklahoma ranks as the second highest, reporting 1,118 cases as of Aug. 21, according to the Center for Disease Control.

The next most dangerous outbreak has been whooping cough, also known as pertussis, with more than 18,000 cases nationwide this year. In Oklahoma, there have been 28 reported cases as of Aug. 6, according to the CDC.

Kristen and Dustin Smith of Elk City lost their 7-week-old son Aiden to whooping cough July 16. All deaths caused by whooping cough this year have been infants.

Lisa Teel, Emergency Planning and Risk Management director, said in an email she was not aware of any cases being reported of either West Nile virus or whooping cough at OCCC.

According to Teel, OCCC has a procedure in place in case an outbreak of either of these or any other virus were to occur on campus.

This can be found on the employee webpage, www.employee.occc.edu, listed under policies and procedures.

Policy 5002, Communicable Disease, states that any “information concerning a student with a communicable disease should be referred or reported to the Office of the Vice President for Enrollment and Student Services or designated personnel.”

Steven Sacket, a doctor at Deaconess Family Care, shed some light on the symptoms, treatment and prevention of both West Nile virus and whooping cough.

“When it comes to West Nile virus, 80 percent of the infected individuals show no symptoms, which leaves the 20 percent who will have mild symptoms from a few days to a few weeks,” Sacket said. “One out of 150 infected people can get severe illnesses. The virus can cause coma (and)neuroinvasive issues, and sometimes these conditions may remain permanent.”

Sacket said there is no actual treatment since it is a virus. “The best way to beat it is by drinking fluids and getting as much rest as possible.”

Sacket said West Nile virus starts and spreads when mosquitoes bite infected birds, then spread their blood to humans. The best way to avoid the virus, he said, is with prevention:

According the CDC website, everyone should remember the four Ds:

1. Dusk to dawn – Mosquitoes that carry WNV are most active during these hours, so if you must go outside always take precautions.

2. Dress – Wear long sleeves with cuffs and long pants whenever mosquitoes are likely to be biting. Tuck your pants into your socks.

3. DEET – Use an insect repellant containing DEET on exposed skin.

4. Drainage – Check regularly around your home for any water accumulation that could provide mosquito breeding grounds. For pools, hot tubs or water features, OCCHD recommends that residents “cover, drain or maintain” these water sources to eliminate mosquito habitat.

DEET is the most widely used active ingredient in repellants worldwide and is unequalled when it comes to keeping mosquitoes, ticks, and other bugs away, according to www.deet.com.

Sacket said it’s important to avoid coming into contact with anyone who has pertussis, better known as whooping cough, so termed by the sound made after the end of a coughing fit.

And, if you do find you’ve contracted the illness, “get treated as early as possible,” Sackett said. “Many people think it is just another common cold or flu, but if treated early on with antibiotics it will not be as severe.”

If pertussis is not treated correctly, between the second and sixth week the symptoms turn more into flu-like ones with vomiting and fatigue, Sacket said.

“After that stage, the cough lessens and your body starts going back to normal,” he said.

“It is more dangerous for babies because their immune systems cannot fight off the bacteria as well as adults can.”