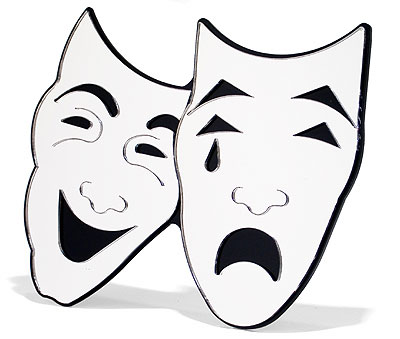 The comedy “God of Carnage” recently finished a run at Carpenter Square Theatre in Oklahoma City.

The two-act play revolves around a meeting of two sets of parents after their sons are involved in an altercation at a park.The entire plays takes place inside the Brooklyn apartment of the Novak family, whose boy has lost a couple of teeth in the incident.

There are only four cast members in the play and the setting never changes. Most of the characters are on stage with each other at all times during the play, except for brief moments where one will step out.

The drama in the play is sparked by the awkward silence in the early stages, as neither family really knows what to do — should the Raleighs leave or be courteous with small talk? Small talk leads to backhanded comments about the bully’s actions, and backhanded comments lead to hell breaking loose on stage.

The play is simple, easy to follow and made for a great laugh. The conflict between the boys at times takes a backseat to arguments about abandoned hamsters, Africa, cell phones and the recipe to a cake.

The actors did a wonderful job of controlling the stage and playing their roles.

The contrast of the characters was perfect; from a smug lawyer (Alan Raleigh played by Chad Alan Baker) to the wholesaler of doorknobs (Michael Novak played by Mike Waugh) contrasted on the other side.

The wife of the lawyer (Annette Raleigh played by Mona Campbell) is a well-to-do and flashy woman, with a more homely wife on the opposition (Veronica Novak played by Lilli Bassett) who eventually takes a few too many pulls from the rum bottle to add to the comedy.

The characters share the stage space so well and you can visually see as sides are taken, as the men eventually gang up on the women and as Mrs. Raleigh gets a little too close to Mr. Novak.

I thought the actors did a great job defining their characters, from people who seem to have it together at the beginning to people showing their true selves by the final scene: completely unraveled and broken people.