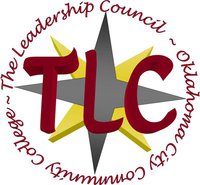 Student leaders in The Leadership Council decided to be proactive in a society that’s becoming increasingly conscious of carbon footprints.

TLC’s first meeting of this semester addressed an environmental issue: Should OCCC make the transition to a “greener” cafeteria and absorb the costs now, or wait until a later date when biodegradable products are more affordable?

A resolution on the issue may be presented for discussion at the Feb. 10 meeting at 12:30 p.m. in CU1. The group would then bring the resolution to a vote on Feb. 24.

TLC is comprised of one student representative from each campus club and at-large members chosen through application.

Bottom line: there would be an increased cost of 10 percent across the board for all food items that require a ‘to go’ container. Prepackaged items such as chips and soft drinks would not be affected.

Snow said balancing the cost against the benefit is difficult.

“The increase is a fair amount, considering some of the containers would be replaced at a higher expense of 20 percent. We already know we won’t make a profit, but we want to do what’s right by today’s standards.”

Erin Logan, Student Relations director, said the topic is important because it would affect every student who eats on campus, including those with little money.

“There are students that have all their Pell grant spent on books and supplies before it gets here. They work to provide for their children. Some are taking their children to daycare on a public bus.”

Javier Mabrey, a representative from the Gay Straight Alliance, asked if the cost would be covered if there were an increase of 20 cents on all items, rather than 10 percent on just the ‘to go’ food.

Aguilar said they had considered that option but found it wouldn’t work because it wouldn’t add enough revenue.

Holly Hudson, a representative from the Nursing Students Association, said she thought most students could absorb the extra expense.

“I don’t think many students would notice, honestly. I’m not going to remember what prices were before.”

Jorge Krzyzaniak, with the Advocates of Peace club, concurred.

“It is the responsible thing to do,” he said. “We need to change the culture now. Eventually the prices will go down.”

Kenneth Meador, from the College Democrats, asked why food service customers automatically receive Styrofoam without being asked. Snow said being an educated student who asks for environmentally friendly containers would encourage this change.

Annalyn Gill, TLC co-chair, urged members to talk to their friends and other students about the issue.

“The green task force is here because students demanded it,”she said. “The cafeteria is still the cafeteria without ‘green’. We’re here to make that decision for the students. Go out and see what your friends have to say about it.”

The biodegradable containers would be taken to the same landfill as the Styrofoam, so the change would not address the amount of trash being thrown away. The difference, as Gill noted, is that Styrofoam lasts 500 years in a landfill, while “green” containers degrade in seven months. The cafeteria disposes of a lot of waste, Aguilar said.

“Currently we are replacing trash bags at a rate of over 20 per hour,” she said.

For more information or to express your views on this issue, contact the TLC Executive Board tlc.occc.edu.