Andrew Nguyen knows about the effects of bullying firsthand. He lost a friend to it.

“It was freshman year [of high school] and I noticed one of my friends had grown quieter and quieter throughout the months,” Nguyen said. “And one day, I decided to take action but it was too late. 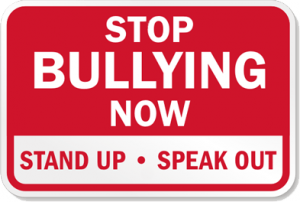 “I discovered her in her backyard — she had hung herself. She had been bullied to the point of taking her life.”

He said it broke his heart to watch his friend’s baby brother break down and cry at her funeral.

“It’s unbelievable to see the pains that bullying causes. It’s unacceptable for another human being to treat a person like that.”

Westmoore High School student Dara Mai sat at one of the anti-bullying booths at OCCC. She said this cause is important to her because she too was bullied when she was younger.

She said social media has made bullying easier “because you’re not facing the person. You don’t see what you’ve caused.”

Yareli Ramirez of Southeast High School said people should stop being bystanders, and stand up for themselves and their friends.

“Many people, even though they know about it, they give a blind eye. They avoid the topic,” Ramirez said. “Be confident in yourself and help the person that’s being bullied.”

The events came about after Protests Revolution teacher Bill Smiley encouraged his students to pick up a cause and use free speech to stand up for what they believe is right or wrong.

Smiley said although bullying can be classified as cyber, physical or verbal, it all comes from the same place.

“I believe that bullying is born out of insecurity, because people classify others as being different,” Smiley said. “It kills someone’s self-esteem.

“We are making a statement that bullying is wrong.”

Nguyen said even those who are afraid of being bullied need to stand up for others.

“As soon as you see something, interject,” he said. “Or, if you see someone being pushed about, even if it’s anonymous, you could call a teacher over there real quick.”

For more information on how to prevent bullying, visit www.stopbullying.gov.