Something shook at OCCC 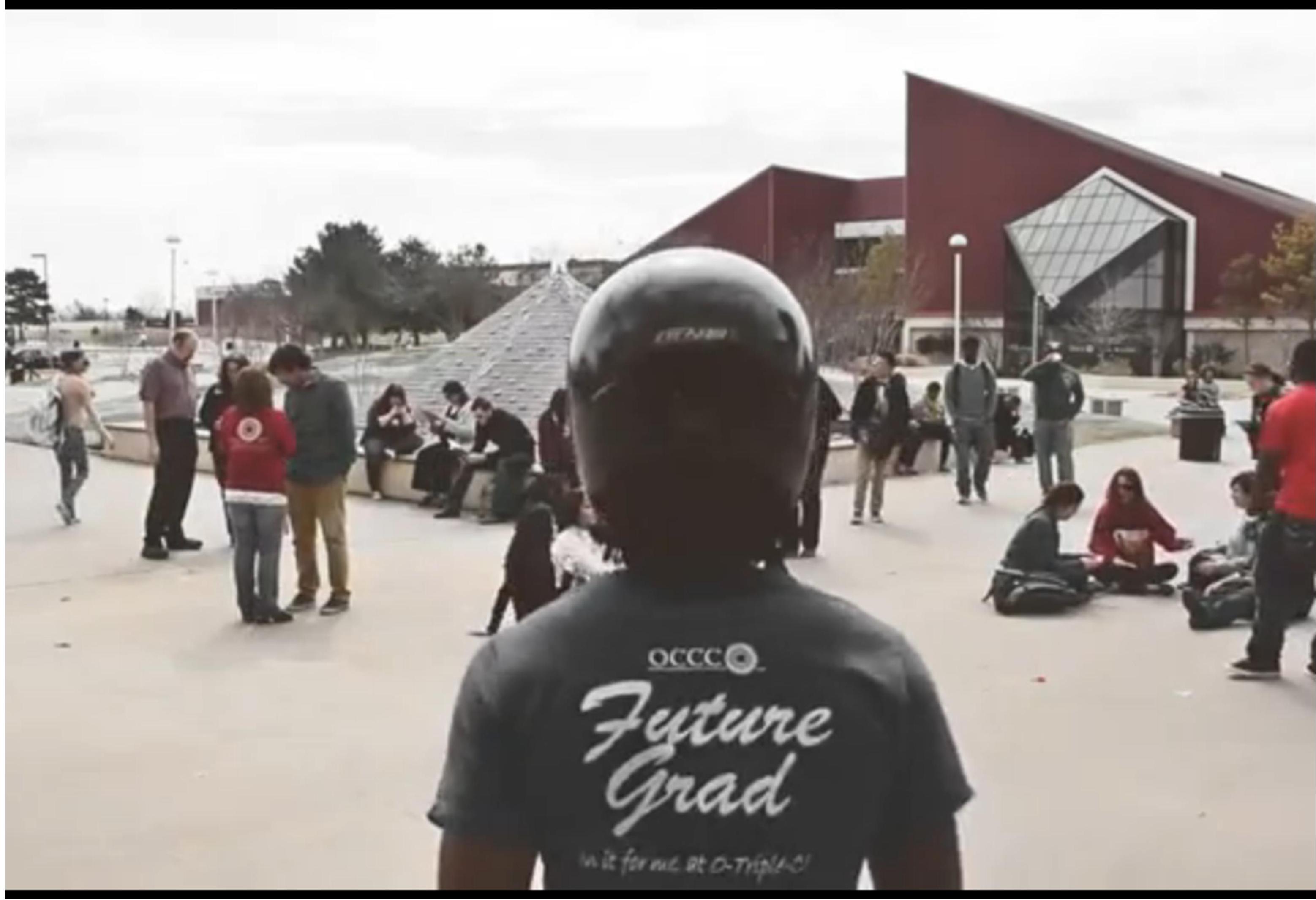 About 200 people showed up to participate in the Harlem Shake video March 6 on the plaza between the library and the Main building.

The turnout was better than expected since only 100 had registered, said Lisa Lasater, Student Program leader.

The Harlem Shake is a YouTube sensation of 2013. It consists of a masked person dancing in a group. The song is taken from the American music producer Baauer. When the music hits the climax, it turns into a wild free-for-all of all dancing styles.

Ali Nixon, 19, a diversified studies major, played the central character. He said he felt privileged when Lasater asked him to be the masked dancer for the video. He also said it was an electric feel being on set.

Also when the music climaxes, the people in the regular group change clothes and usually don a mask and costume for the final frenzy. The student costumes consisted of animal masks, superheroes, various fruits, and spandex onesies.

Nixon said it made him feel good to see the students come together and wishes they would do more events like that. He said his dancing background consists of two years of dancing which he started his sophomore year of high school. He said his family always praised him for dancing. To him it is a way of life.

Lasater said Kevin Hernandez was the one who had the idea to shoot the video. Video Production Specialist Robert Lane was the man behind the scenes shooting the video with a Nikon DSLR. Lane works in video production services for OCCC. He said he has been working in the video business for 22 years.

The video can be seen here