‘Sniper’ takes too many liberties

Navy SEAL Sniper Chris Kyle’s story portrayed in the movie “American Sniper” is the kind of thing that tugs at many people’s heart strings.

Kyle, the most deadly sniper in U.S. military history, was nicknamed “The Legend.” He was decorated for valor multiple times.

His death at the hands of Eddie Ray Routh, a U.S. Marine Corps veteran who may have been suffering from serious mental illness, turns Kyle’s heroic tale tragic. 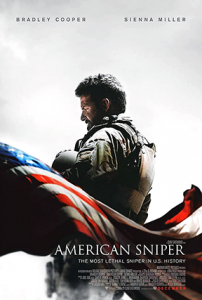 The emotional impact is greater because the story is true. Most of the important facts were recounted in Kyle’s memoir and are not really disputed.

With such compelling material to work with, it is puzzling that writer Jason Hall and Director/Producer Clint Eastwood decided to alter many elements for the film.

I found myself wondering midway through if some events actually happened — such as when Kyle showed up on the battlefield with a beard, something Kyle did not have at the time but grew after he retired.

In fact, some pivotal scenes in the film are ficticious.

In the film, Kyle makes a snap decision to join the military while watching a news report of the 1998 American Embassy bombing, moments after throwing out a cheating girlfriend.

It’s supposed to be a compelling emotional scene, but it never happened.

Kyle had long planned to enlist after college, and the scene detracts from a more honest story about someone who wanted to serve because of his upbringing.

Just as distracting are the two-dimensional villains the filmmakers pit against Kyle.

A character called “The Butcher” provides dramatic impetus to the early part of the film, but he never existed. He may have been loosely based on an Iraqi Shia warlord named Abu Deraa, but Kyle never encountered him.

A scene where Kyle kills Mustafa, an enemy sniper and the film’s main antagonist, with a nearly impossible shot, also is fabricated from parts of different events.

It seems like a weak attempt by the filmmakers to personalize a faceless enemy.

Kyle’s is a real story about how war affects a soldier and his family, but many elements are added to amplify the legend.

Though, overall, the film is still gripping, it sometimes feels like the hero is shooting at paper targets.