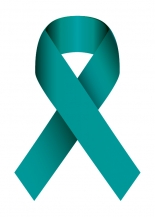 One in every four college women will be a victim of rape or attempted rape, said Karla Docter, YWCA senior director of sexual violence prevention and response, during a presentation on campus earlier this month.

“We have programs from prevention, intervention to follow up care at the YWCA,”

Directors and advocates of the organization spoke to an intimate group of 11 earlier this month during National Sexual Assault Awareness and Prevention Month.

Docter said many times victims confuse compliance with consent. “To comply is to go along with something because you don’t feel like you have any other option.”

She said that people need to understand the difference.

“We work to make the shift from the victim blaming themselves to redirecting the blame to the person who chose to commit the crime,” Docter said.

If ever a person confides in another person with details of a sexual assault, the listener should be mindful of  body language, make the victim feel safe, be respectful, reinforce that a crime occurred and that the victim did nothing wrong, Docter said.

“We want to put the control back into the victim’s hands.” She said that responders should not blame, judge, or rush the victim.

The victims frequently wait long hours in emergency rooms because they don’t have visible injuries, said Horne. In the time, victims can be made to feel uncomfortable by law enforcement and medical personnel who may not be trained to work with sexual assualt victims, Horne said.

SANE responds to victims contacting 911, the YWCA rape crisis hotline, or to victims who go to an emergency room.

By partnering with these hospitals, there is no cost to the victim or the YWCA, Horne said.

If a victim goes to a hospital not a partner with the YWCA, they can be transported to a partnering hospital or if the situation prevents it, a registered nurse and victim-advocate can use a travel kit to perform the medical exam wherever the victim is.

Docter said that YWCA does as much as they can to help victims of sexual assault.

“In house we provide one-on-one case management, whatever their needs are, we are going to try to help find the resources for them,” Docter said, “whether it’s immediately after the assault, or two or three years later, or 20 years later.”