Satanist group has every right to book Civic Center 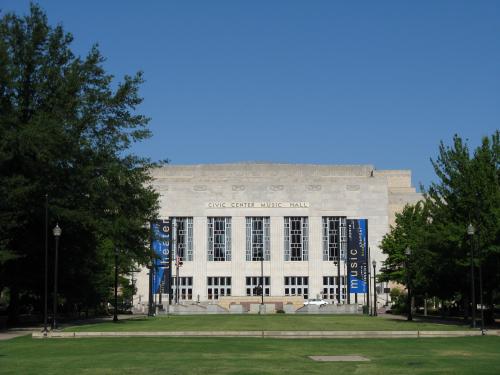 On Monday, an organization claiming to be “the only legal satanic church” in Oklahoma announced it will host an 80-person gathering at the Civic Center Music Hall later this year.

The group, called the Church of the IV Majesties, claims the gathering will include “the first ever satanic ritual that will [include] a satanic exorcism.”

On the church’s website, located at www.churchoftheivmajesties.webs.com, the group invites interested parties to “come witness Satan with his balls firmly attached, bitchslap all the oppressive right-hand Gods in the face one by one!”

Of course, this announcement has already sparked great controversy.

Hundreds have sounded off with their thoughts on www.news9.com, www.koco.com and www.kfor.com, calling for everything from protests, and religious intervention to warning of a looming apocalypse.

As a Christian, I do not agree with this group and its teachings, which according to the website, include treating annoying persons “cruelly and without mercy” and not offering advice or opinions unless directly asked for them.

However, as an American, I do believe in freedom: freedom of speech, of choice, of assembly, and yes, of religion.

The Civic Center is not a privately-owned entity; therefore, they do not have the right to deny any group access to their facilities.

Liberty and justice for all means publically tolerating people and belief systems, even though we may not get along with them.

For anyone who thinks the city should not allow this assembly, take a moment and think: what if it were your religion that was denied?

We often cry out in horror of Christian persecution in the Middle East, yet back home we are nothing more but a bunch of hypocrites.

The Church of IV Majesties has every right to be here, even if we don’t agree with their philosophy.