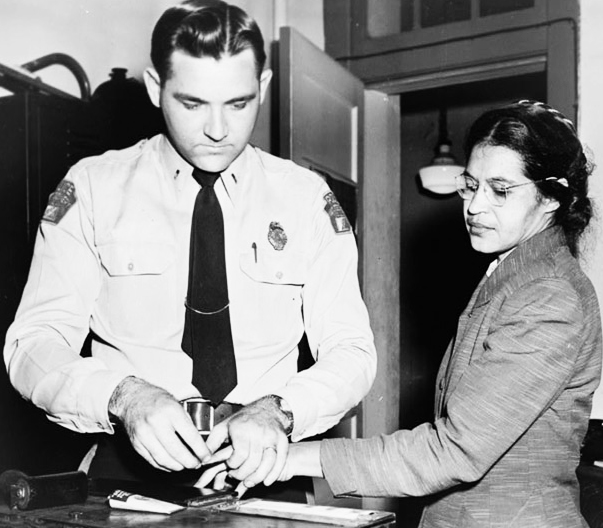 Rosa Parks suffered immensely after she decided not to give up her bus seat to a white person, leading to a decade of criticism, hate mail, and death threats, said Political Science Professor Sharon Vaughan.

She gave a detailed presentation on Rosa Parks Day, Feb. 4, in the College Union.

Vaughan discussed not only the importance of the beginning of the Civil Rights Movement, but also gave great detail about Parks, an African American woman from Montgomery, Ala., and other African-American women who were involved in the late 1950s.

Vaughan said she had mixed emotions about celebrating these historical events.

“If we don’t schedule a specific time to talk about it, it will never be talked about,” she said.

“We do not give enough acknowledgements to the very specific details of cases like Rosa Parks and too many details go unrecognized.”

“Parks was a part of the NAACP (National Association for the Advancement of Colored People) for 20 years before getting arrested.

“Parks was the perfect person — having a clean record — to stand up and represent the problem of inequality in American society, for herself and for all other African-American people.”

In the NAACP, Parks had a duty of teaching the youth about their personal rights, Vaughan said.

“There is so much untold about the whole Rosa Parks story,” she said.

Vaughan said when people think about Parks’ story, they tend to think of her simply as a hero and not focus on the personal struggles she endured after the bus situation.

Her action on Dec. 1, 1955, precipitated the Montgomery bus boycott that led to the U.S. Supreme Court ruling against segregated buses. The boycott ended on Dec. 21, 1956.

“Rosa and her husband lost their jobs because of Rosa’s actions, received hate mail and death threats, which all led to stress, causing poor health,” Vaughan said.

“There was a lot of unrecognized suffering that occurred.”

At the end of the presentation, a student asked “What should we gather from this today in 2014?”

Vaughan replied by saying “that we understand that there was a lot of bravery, pain, suffering and personal sacrifice, and that this was a big deal of what they did.”

Student Jessica Gaddis said she often refers to Rosa Parks when doing her own protests.

“Rosa is an idol of mine and I came to this presentation to learn more about her,” Gaddis said.

“The presentation was very informative and it was interesting to see more of the story behind Rosa Parks.”