Queens of the Stone Age fail to impress at live show 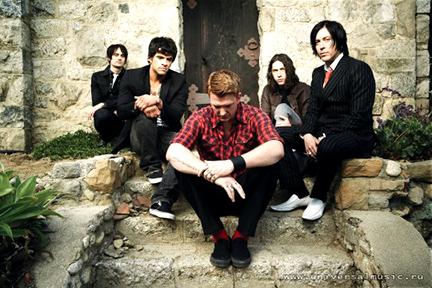 When I met my girlfriend, we had little in common, so she threw everything she loved at me to see what would stick.

She made me watch anime, use the Internet and, like all girlfriends do, she made me listen to her music.

Fortunately for me, my girlfriend has a very “me” taste in music. Pop music is forbidden in her house.

She loves Arctic Monkeys, Jack White and a band I didn’t know about called Queens of the Stone Age.

OK, I sort of knew about them. For several years, I had heard one of their hits on the radio called “No One Knows,” though I’m pretty sure no one knows who plays that song.

I liked “No One Knows,” so when my girlfriend recently asked me to drive her to Tulsa to see Queens of the Stone Age in concert, I gave her the sacred Jake Shrug of Acquiescence.

As the months leading to the concert led on, I realized that Queens of the Stone Age were a huge cult band. Seriously, there is almost a cult based around the band’s lead singer/songwriter Josh Homme.

Between going to the concert and seeing the concert, my girlfriend flooded my ears with Homme’s music. I adored it — particularly the songs “Smooth Sailing” and “Little Sister.”

Since almost every musician I know worships this Josh Homme guy, I was expecting a lot when the concert date finally rolled around.

The concert itself was one of the best I’ve ever been to.

The sound was quite similar to the studio versions of all the Queens’ songs.

At this moment, I’d like all indie-rock-dudes to brace themselves. The concert could have been better.

Josh Homme didn’t seem like he really wanted to be there. He interacted with the audience with all the charisma of a nightshift Ihop waitress.

Shinedown, a band that is not nearly as good as Queens of the Stone Age, put on the best concert I had ever seen. They had fun on stage which made me have fun watching it.