Production of tales from India’s slums at OCCC 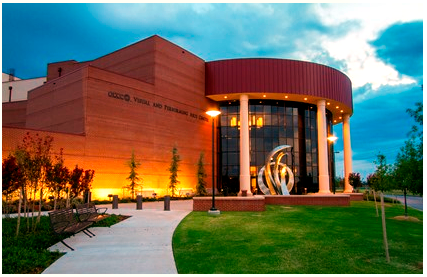 OCCC has partnered with Oklahoma City Repertory Theatre (CityRep) to present screenings of National Theatre Live (NTL) performances in the college’s Visual and Performing Arts Center (VPAC) Theater. The encore presentation of “Behind the Beautiful Forevers,” adapted from Katherine Boo’s non-fiction work, will be shown Sunday, Feb. 14 at 6 p.m. (It was previously scheduled for Feb. 7.)

Pulitzer Prize-winner Katherine Boo spent three years in Annawadi recording the lives of its residents. From her uncompromising book, winner of the National Book Award for Non-Fiction 2012, David Hare has fashioned a tumultuous play on an epic scale.

India is surging with global ambition, but beyond the luxury hotels surrounding Mumbai airport lays a makeshift slum, full of people with plans of their own. Zehrunisa and her son Abdul aim to recycle enough rubbish to fund a proper house. Sunil, twelve and stunted, wants to eat until he’s as tall as Kalu the thief. Asha seeks to steal government anti-poverty funds to turn herself into a ‘first-class person’, while her daughter Manju intends to become the slum’s first female graduate. But their schemes are fragile; global recession threatens the garbage trade, and another slum-dweller is about to make an accusation that will destroy herself and shatter the neighborhood.

“Behind the Beautiful Forevers” is directed by Rufus Norris and stars Meera Syal (“The Kumars,” “Goodness Gracious Me,” and “Rafta Rafta”).

Tickets for this showing may be purchased online at tickets.occc.edu or by phone at (405) 682-7579. Tickets will be $15 for adults and $5 for students and children. Tickets are also available for future productions, including an encore screening of “The Audience” Apr. 3 with Academy Award and Tony Award winner Helen Mirren.

The Visual and Performing Arts Center Theater, which opened in February 2014, presents theatrical broadcasts in high definition on a 37-foot screen with 7.1 surround sound, which will give patrons an experience as close to the live version as possible. In order to present NTL productions, OCCC had to purchase special playback equipment that would allow the theater to receive the broadcasts.

In order to present NTL productions, OCCC had to purchase special playback equipment that would allow the theater to receive the broadcasts. In addition to the 1,000 seat theater, large enough to host Broadway touring productions, the VPAC also houses the Inasmuch Foundation Gallery and state-of-the-art film studios, as well as classrooms, rehearsal rooms, labs, and staff and faculty offices. For more information on season performances or theater rentals, visit www.occc.edu/pas or call 405-682-7576