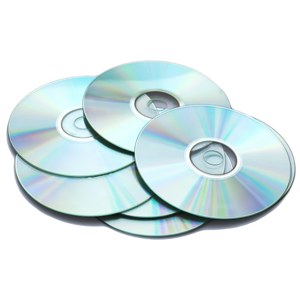 Being a child of the ’80s, musically I get a little bored. Modern beat and synthesizing technology has brought a slew of rappers, Pinks and other talentless cardboard cutouts of the like. And modern alternative music has turned into the regurgitated afterbirth of Kurt Cobain’s smack bag. Thats why I am refreshed with the upcoming release of “The Plot Against Common Sense” by Cardiff, Wales, band Future of the Left.

Hailing from the land that brought us punk rock, Future of the Left’s newest album debuts Julia Ruzicka on bass guitar (formerly of girl band Million Dead), Jimmy Watkins on guitar, and two veterans — drummer Jack Egglestone and Andy “Falco” Falkous on vocals and guitar. Falkous and Egglestone are creators of Cardiff band McLusky, who drew international attention with their critically praised album “McLusky Do Dallas” in 2002 before disbanding in 2005.

Within the first five seconds I knew this was going to be the best album I have heard in a long time.

The album starts off with a fast and heavy punk groove, as Falkous belts out the words to “Sheena is a T-Shirt Salesman,” a small play on a song title by the Ramones. What soon follows is a slower set of songs that still destruct your eardrums.

“Failed Olympic Bid” concentrates on problems of economy, obesity and world perceptions to the beat of an almost industrial sounding guitar and bass. That sets up the third track, my personal favorite “Beneath the Waves and Ocean,” which really shows off the metal of bassist Ruzicka. This is one of the heaviest bass sounds I have heard since the band Jesus Lizard was created back in the ’90s.

Falkous has the ability to change sounds out of nowhere and that’s exactly what he does on the next few tracks. “Cosmo’s Ladder” which has an eerie ’60s organ, changes the mood completely and prepares the listener for the creepy ballad “City of Exploded Children.”

Next comes a pop-punk noise that delights my ears. “Goals in Slow Motion” spotlights the superb singing abilities of Falkous and Watkins, while “Camp Cappuccino” seems to be the worst song on the album.

“Robocop 4: Fuck Off Robocop” is the next mayhem-driven song, in which Falkous starts by contemplating his chance to ask Elvis a question. “What’s your favorite film?” asks Falkous who begins to question the motives of bad movies. “‘Robocop 4’ is in pre-production, like ‘Robocop 3’ wasn’t bad enough.” This song actually rocks and is reminiscent of “Kept By Bees” which was on their debut album “Curses” in 2007.

Two tracks later brings the hit “I Am the Least of Your Problems.” The guitar sound is classic Falkous and the drums are some of the best on the album. They are heavy, and make you want to move. Finally, “Rubber Animals” brings the musical styles of an Austin Powers soundtrack before closing the album out on the milder “Notes on Achieving Orbit.”

All and all, I cannot wait to see this band play live in November. If they play even half of these songs it will be a great show. “The Plot against Common Sense” can be heard in its entirety at www.futureoftheleft.net by selecting the stream from Spin magazine, under “media” at the top of the home page. The album has a release date of Nov. 6 and can be pre-ordered from their website.