Injustice in the Freddie Gray Case: The Student Voice 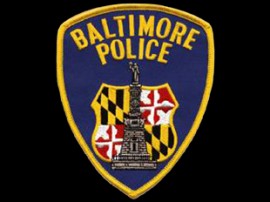 Students on campus react to the trial ruling of the Freddie Gray case announced Wednesday morning.

Prosecutors dropped all charges on the remaining three Baltimore police officers involved in the arrest and death of Freddie Gray April 19 2015, according to a report by The Baltimore Times newspaper.

The decision to drop charges came with the realization that officers would not be convicted after the acquittal of the first three officers after a year of long court deliberation, according to The Baltimore Times report.

She said the police and the system are not ready for change.

“We have to change something in the system,” Crawford said. He was alarmed at the news when it came on the tv near his work desk.

“Stuff like this can’t be swept under the rug. If we can have power over the president with a veto, our officers need to be held accountable for their actions with something like that,” he said.

Black Lives Matter OKC rally organizer and student Nakayla Derritt said she found it saddening to know that someone lost their life in police custody and it sadly shows that prosecutors can’t be enforcers of police reform.

“One day I hope justice will be served to all no matter what position lies in front of them,” she said.

“As officers of the court we must respect the verdicts rendered by the judge,” she said.

Freddie Gray was arrested on charges of possession of an illegal switch knife found in his sock. Gray “fled unprovoked upon noticing police presence” according to police reports.

The illegality of the object was later contested by Mosby, which she said was legal under Maryland law according to a National Public Radio report.

He was then transported in a police van where during the ride “his spine was 80 percent severed” and was in a coma at the Shock Trauma facility in the University of Maryland Medical Center. Gray died a week later according to Aljazeera.com.

A copy of Gray’s autopsy, obtained by the Baltimore Sun, said Gray “died of a neck injury sustained as an unbelted occupant of a police transport van.”
The report signed by Chief Medical Examiner said the negligence in following established safety protocol concluded that his manner of death was best certified as homicide.