Have you ever seen Dawn? 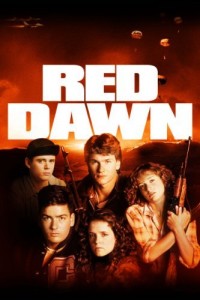 One man’s terrorist being another’s freedom fighter is a saying growing old, literally everything is a terrorist these days. Would you consider the WOLVERINES in Red Dawn terrorists? No of course not, but if you were a good communist you would. Similarly the Russian forces ~not~ fighting in East Ukraine don’t think of themselves as terrorists. Ukraine has been a part of Russia for longer than America has been a country, granted with some periods of independence. If The United States lost the cold war, and the modern map looked a bit like this picture, do you think America would be a little more paranoid and ready to rattle some sabers? How many millions of people are there with military grade rifles in this country? Say a couple years ago, as Washington DC is working to solidify ties an independent Texas, Russia sweeps in during a revolution and installs a Soviet puppet government. How many TEXANS would rise up in revolt? How many people from around the country would come to fight what they view as an invasion? After the cold war, promises were made to not creep NATO up to Russia’s borders, we did exactly that, and now we are dealing with the consequences. Our current politicians have gotten used to a time when America called the shots, and that complacency has come to an impasse. We poked the bear.