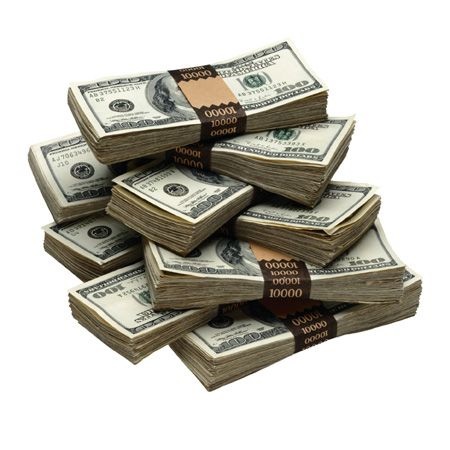 During a time when most colleges are looking at ways to make ends meet, President Paul Sechrist said OCCC relies partly on grants and donations to help keep things running smoothly.

“Given the forecast of continuing tight state budgets, grants and donations will play an increasing role in assisting OCCC achieve its mission,” Sechrist said.

Institutional Advancement Executive Director Lealon Taylor said that money goes toward such things as student scholarships, certain building costs and making sure students have what they need to learn.

The average amount of donations over the last five years has been $555,905 with fiscal year 2011-’12 bringing in the most money.

That fiscal year, the college solicited $835,628 in donations to help fund the new theater currently under construction.

“Grants are pots of money out there from the state or federal government or some foundation that … says, ‘We have $10 million available for this project to teach math in a different way to college students,’ and then we write an application for that,” Taylor said.

“Donations [are] … kind of the opposite. We approach individuals and say, ‘These are the needs of the college, these are the scholarship needs of our students, and would you make a donation from your company or from your personal account?’”

Taylor said his department works with the OCCC Foundation Board to raise funds for the needs of the college.

“We have several established scholarships for students and that’s our main focus,” he said.

Along with student scholarships, donations are used toward capital needs, such as the Visual and Performing Arts Center and theater, Taylor said.

“We’re starting a new campaign by the end of the year for the Capitol Hill Center,” Taylor said.

“Our Capitol Hill Center building is not sufficient, so we have purchased a building in the Capitol Hill area, but it needs to be renovated. Our goal is to raise $5 million to renovate it to help bring educational programs to mainly that area of the city and to anyone who wants to participate.”

Taylor said scholarships and capital needs are the main focus of the foundation. However, he said, occasionally other needs arise.

“We approached a possible donor and said, ‘We have a need for a grand piano for our students to be housed in the VPAC.’”

Taylor said the donor was very receptive, donating $100,000 to OCCC.

“With that we were able to buy a Steinway (Concert) Grand piano that’s for the use to our students,” he said.

“We have an online application process for all of our scholarships so it’s paperless, … on the web. We encourage everyone to apply.”

“With tightening state budgets and federal budgets as well, we’re looking for more external or alternative funding, but we’re not the only ones,” Swalwell said.

The projects Swalwell’s department oversees are for services and programs OCCC offers.

“The Student Support Services grant — which I believe is about $1.6 million over five years — that’s part of the TRIO programs,” Swalwell said.

“We also have Upward Bound which I believe is $1.6 million over five years.

“Student Life just got a $2,000 grant to support the instruction of financial literacy to students.

“It’s in the same drawer as our $2.7 million grant from the Department of Labor, but I always say to the few students who receive the benefit of that $2,000 grant, that grant is just as important as the hundreds [who] receive services or support from the $2.7 million.

“Just because they’re small does not mean they’re not impactful or meaningful to the people they do impact.”

He said there are currently 34 different grant programs in their portfolio.

Those programs range anywhere from a $2,000 grant to an almost $3 million grant and several $2 million grants.

He said he believes one way to increase how many grants OCCC receives is to get more people to apply for grants.

“Its an expression of a professional philosophy of working with other people and trying to use as many tools in the old communications tool belt as possible to make people comfortable with the process,” Swalwell said.

“A lot of people are really intimidated by the process even if it’s kind of small.

“There’s a lot of variability in grant applications. Federal applications can be tons of pages and others are like fill-in-the-blank.

“Medium and large projects, for people who have not done them before, can be pretty intimidating because there’s just so much detail and a lot of times so many documents.

“Grant proposals are a creative process and also a process of discovery.”