Public Relations major Sarah Zuber said she enjoys how life in America is more relaxed than in her home city of Gondelsheim, Germany.

Since arriving at OCCC in January 2014, Zuber said, she has discovered she really likes the professors and overall environment on campus.

“The teachers and all the offices really care about you.,” she said.“It’s not like that in Germany.

“There they just kind of leave you alone.

“I feel like the classes here are easy and it’s really fun to go to class.”

Before she started attending OCCC, Zuber spent a semester at the University of Oklahoma.

While there, she took an English as a Second Language course to help with her English communication.

“English is mandatory to learn in school [in Germany], — there’s no way around it — but we learn more British English,” she said.

“To graduate from high school there, you have to know another language.”

Zuber said coming to America wasn’t a culture shock to her at all because of the similar cultures between Germany and here, and her past travels to the U.S.

“Most of the things are really the same,” she said. “I feel like the culture is very similar.

“In Germany a lot of things changed [to] how they are in America, so America is seen as good and a lot of people want to come here to travel and study.

“They make it seem very nice.”

Zuber said there is one big difference though — restaurants.

“German restaurants, you go in and sit where you want and stay as long as long as you want,” she said.

“Here, they try to finish you off really quick. There you can sit for five hours. You don’t have to hurry and leave.”

She said there are many more fast food places in Oklahoma.

Another difference, she said, is the race issues that are present in America.

“Here, there are some race issues, but I never really saw that too much in Germany.

“Maybe it’s just not that common, but I have never really seen it like I do here.”

After graduation, Zuber plans to transfer to a 4-year university. She said she hopes to remain in the States afterwards.

“I really miss my family, but if I can, I would like to stay and work here in America.” 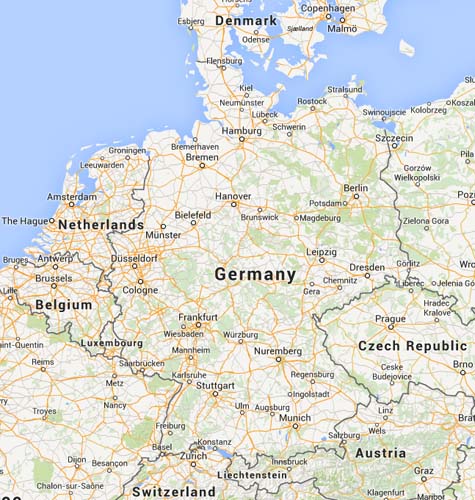