‘Elysium’ not for the weak stomached 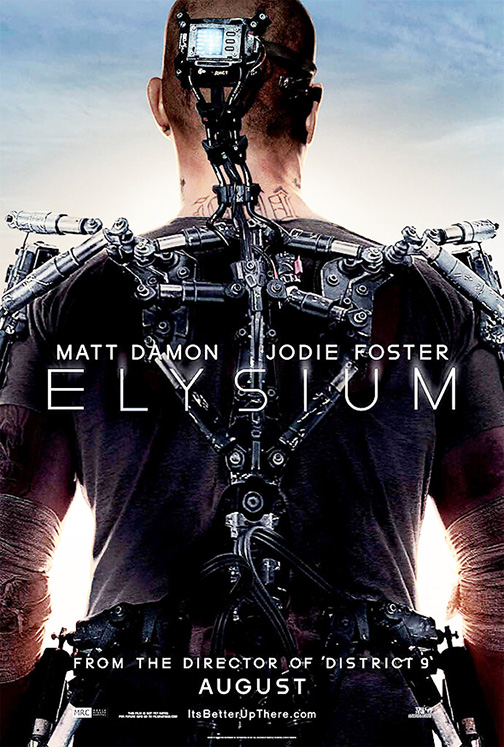 “Elysium,” written and directed by Neill Blomkamp, is a story about an over-populated Earth and the rich people who leave Earth to create a paradise in space called Elysium.

The first thing I thought of when I saw the paradise was the video game “Halo.”

Elysium is a huge satellite where the rich live and never get sick.

The main character Max, portrayed by Matt Damon, is an orphan who steals and gets into trouble while living in the ruins of Los Angeles. He is taken into an orphanage and raised with his friend Frey, portrayed by Alice Braga known for “Repo Men.”

Flash forward about 15 years and Max is a grown man who works for a company that makes androids who serve as servants and workers on Elysium.

Max’s goal is to get enough money to buy a ticket to Elysium.

I loved the fact that Max’s character is a smart mouth and always gives the androids a hard time.

His mouth gets him a broken arm but gives him the chance to see Frey again. Everything changes though when an accident occurs at the warehouse he works at and he is exposed to high amounts of radiation.

He is given five days to live so his only choice is to sneak into Elysium and get into a medical bed that each citizen on Elysium has. Once inside, a person is instantaneously cured of any and all diseases.

With nothing left to lose, Max accepts a job from his old friend Spider to hijack a businessman carrying important documents. He is told if the job is completed, he will be accepted into Elysium.

The fight scenes in “Elysium” are very well thought out and done in a new type of view I have never seen before.

One word of warning: If you get motion sickness easily, this movie may not be for you. All in all, the movie is good. I will purchase the DVD/Blu Ray when it’s released — it has some rewatch value in it.