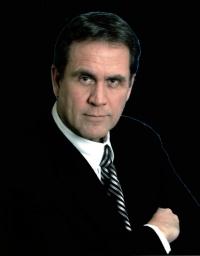 “He worked on the ground control of Apollo 13,” Reynolds said. “So he’s going to speak about that mission in particular, as well as about some of his other general involvements with NASA.”

Reynolds said Elliott will also share his experiences per being the first Native American to graduate from the Physics Department at OU, in the mid-1960s.

“He’s going to speak about how that has influenced and shaped his career,” Reynolds said.

This will be Elliott’s second time to visit and present, she said.

“He was here early November for Native American Heritage Day,” Reynolds said. “He is actually a professional flute player, so he came and performed for us.”

Reynolds said this is something he commonly does as he travels around the country for speaking engagements.

“He is a really dynamic presenter and an awesome person,” Reynolds said. “It will be inspirational as well as informative, so we’re excited to bring him back.”