Drivers on and off campus should stop being rude 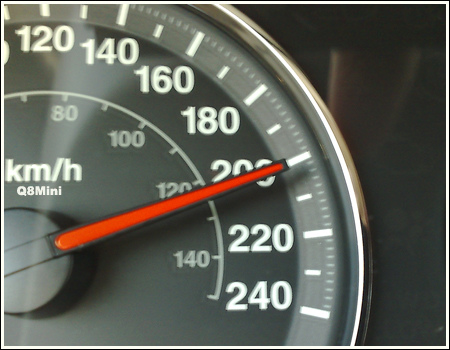 Imagine if you will the end of the day. You’ve been working hard, you’ve been going to class and there’s no telling how long you’ve been on campus. You’re tired but you’re content, because ah…this is it. You’re going home. You hop in your car and you turn the ignition over and zoom, you’re on your way. (Already, you’re relishing the thought; Ah…home.)

You didn’t expect to sit in traffic. You didn’t even know you could sit in traffic for this long. Before you know it, you’re convinced that you’re going to be trapped in OCCC’s parking lot for the rest of eternity. Okay, you can stop imaging now – this is turning into nightmare territory.

None of us find it very fun to be stuck in a traffic jam, or to have our daily travel come crashing to a halt due to construction. We don’t like waiting, of course, and if you’re like me then you find being late comparable to the sort of crime that deserves corporal punishment. But there’s a special kind of annoyance that I experienced the other afternoon when 12:30 p.m. rolled around and I was stuck sitting in traffic on Faculty Circle until well past 1:00 in the afternoon. This kind of wait would’ve been understandable and acceptable even, if maybe there had been some sort of traffic accident that kept me waiting. However, this wasn’t the case.

You’ve probably already guessed the source of the problem – maybe you’ve experienced it, too. Maybe you’re part of the problem. The problem is rude drivers, plain and simple. Drivers who see the line of traffic backed up as far as the eye can see but choose to ignore it and continue making the problem worse by blocking traffic and attributing it to the fact that they have the right-of-way. Drivers who act like letting a car or two out when they’re already stopped at a red light is worse than having a root canal.

The parking lots of OCCC are filled with rude drivers and a lot of them are leaving campus at the same time, between noon and two in the afternoon.

One of the most obvious solutions to this would be if we had some help from campus police in directing traffic during these peak hours of mass exodus throughout the week.,/p>

People always seem to behave better if they’re being monitored and maybe a little bit of guidance could ease the stress.

The other solution, however, is a lot more simple. This solution is rudimentary but it might throw you for a loop. Are you ready? Here it is: what if we were all just a bit nicer to one another?

We all know basic manners but we think it becomes inefficient to use them in a world where getting ahead trumps getting along with other people. But that is, in fact, what we need to do; stop for our fellow students and professors and stop thinking so much about where we’re getting.

Think about where everyone else is going, too. This solution is simple and hands on, but it’s also entirely up to us to make take the time to be considerate of others. The issue is a lot bigger than traffic; it’s got more to do with how we treat one another than anything else.

So the next time you’re sitting in traffic waiting the same as everyone else, look at the cars around you and think about those people. Consider letting a car out in front of you or breaking, so someone can make a turn. You never know how much one simple decision is going to improve someone’s day or how it’s going to make you both feel better in the long run, when you finally get where you’re going.